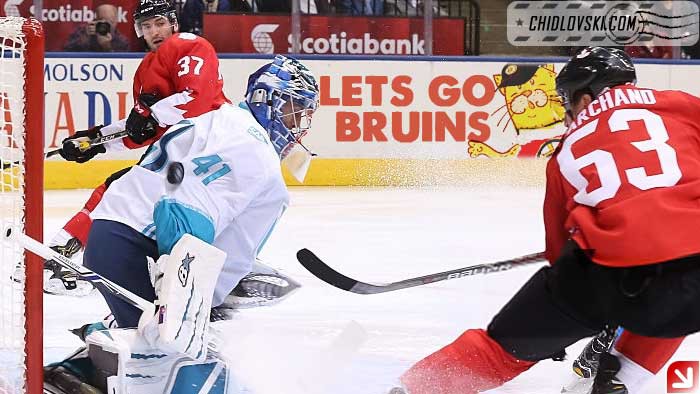 Before going to Canada for the 2016 World Cup of Hockey, our friend cat Prince Edward studied old recordings of legendary broadcaster Foster Hewitt.

He especially liked this:

When Marchand got a pass from Bergeron and scored against Team Europe in the Game 1 of the finals, Prince Edward did Foster Hewitt voice: