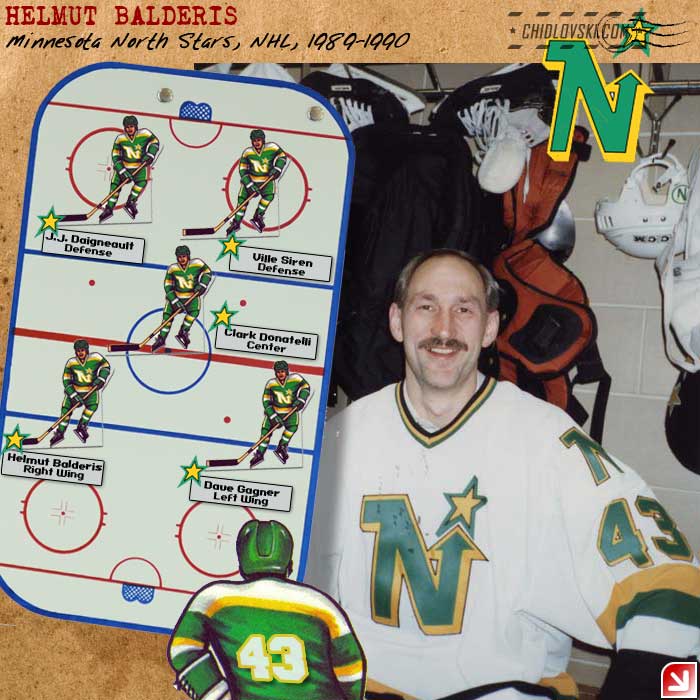 Special thanks to our friend Vadim Kazakov, here is the lineup for the line 4 of Minnesota North Stars 1989-90:

Now, we were able to identify the projected linemates of Helmut Balderis when he joined the NHL in 1989.

On a separate note, special thanks to Victor Tikhonov who, besides discovering Helmut Balderis and coaching him in the Dynamo Riga and the Red Army clubs, was the first coach to introduce the 4th line in the game of hockey! Otherwise, who knows what line would Balderis have played in the NHL as a 37-year old rookie.

At 37, he remains the oldest rookie ever to be drafted by the NHL.