Balderis Scores Against Canada In 1985

It was the last season Helmut Balderis played in the USSR Premier League.

He officially retired in the end of the season 1984-85 and moved on coach in Japan. In 1989, he made a huge come back to become the oldest player ever to play a rookie season in the NHL. At 37, almost five years after his retirement, Balderis signed up with the Minnesota North Stars. It’s hard to imagine that this rookie age record would ever be broken. Unless the NHL will start to draft vampires who never age 🙂

Back to the featured goal scored by Balderis.

In many ways, it’s a typical goal by Balderis – he gets a long pass, outruns the opponents and breaks away to face the goalie one-on-one. Goal!

His career percentage in scoring break-away goals was super high. It was only a matter of a pass precision. Then Balderis’ legs and hands always did the magic.

This time it’s Game 6 of the 1985 Dynamo Moscow vs. Team Canada Olympic Super Series. Baldeis gets a great pass from Varyanov and scores almost a text book goal against B. Dowie. 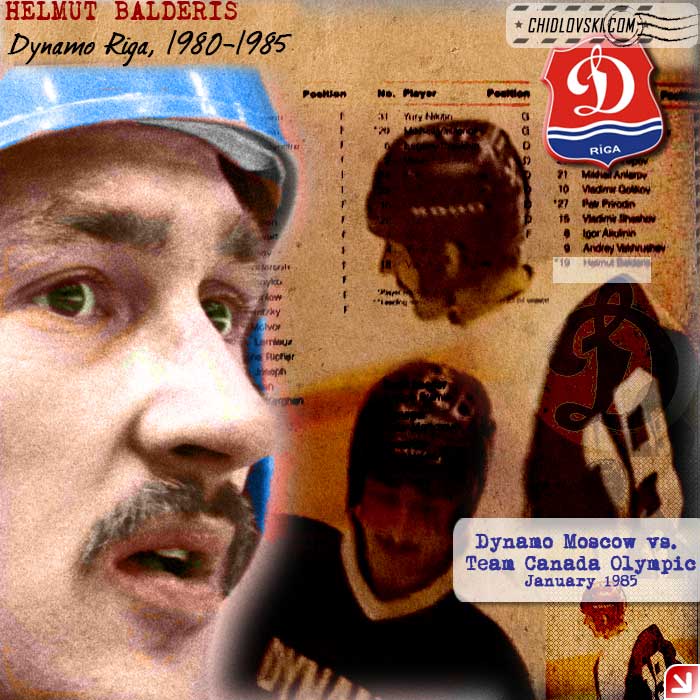