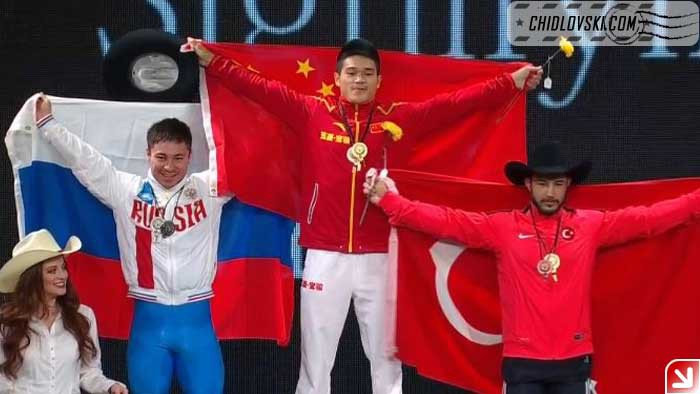 22-year-old Zhiyong Shi lifted 348kg total (158+190) and became a World Champion for the first time in his career. He secured a gold medal with his squat style jerk lifts. This style was proven to be successful for many Chinese champions in the last two decades.

Team Russia has been skipping the 69KG class representation in most of the recent elite tournaments. The usual choice was to boost heavier classes (77KG+) where Russia has more athletes capable of medal-winning performance. Silver medal by Oleg Chen is definitely a successful result in the light of the team strategy for Russia.

Daniyar Ismayilov won gold in the snatch lift. He won a gold medal at the  2015 European Championship in Georgia. His improved his result in Houston by 6KG and it brought him a bronze medal at the Worlds.