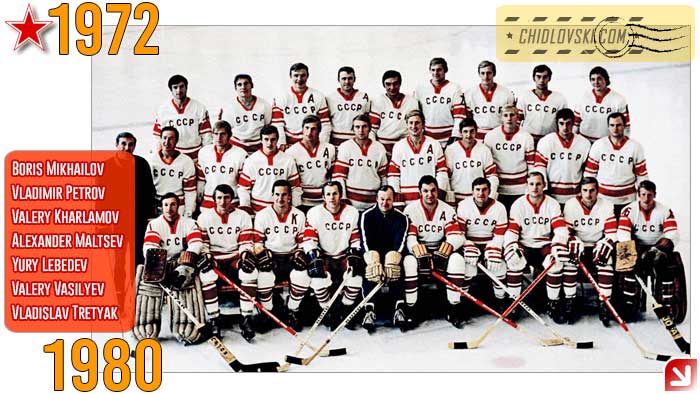 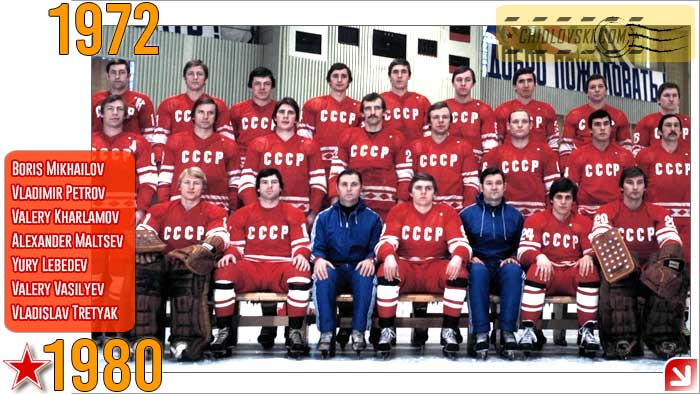 How many of the players from the Soviet team in 1972 also played for them in the 1980 Olympics?
Question by David to “The Summit in 1972“

There were seven Soviet players that played both in the 1972 Summit Series and 1980 Winter Olympics in Lake Placid. The team photos below show Team USSR rosters in both events: 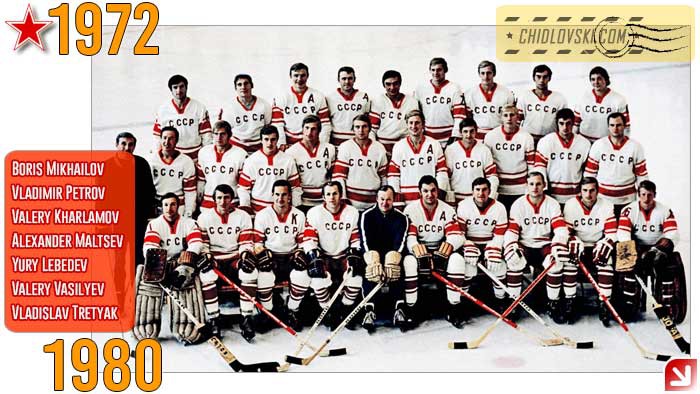 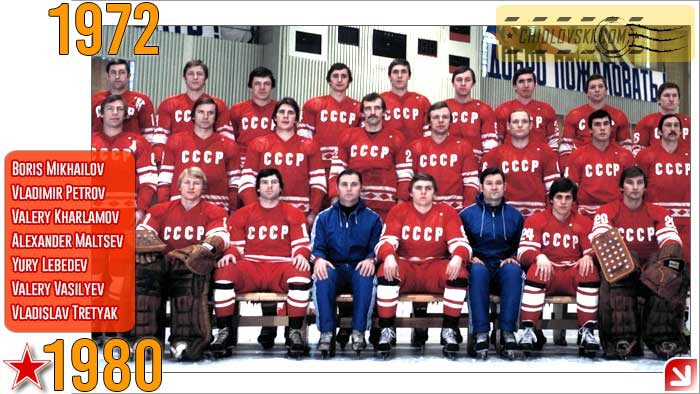 The following players were at both tournaments:

Note:
Soviet defenceman Vladimir Lutchenko is present on both photos. However, the second photo was made at the last traiining camp in Moscow, February 1980 prior to when the final roster decision was made. Lutchenko wasn’t included into the national team that played at the Olympics in 1980.