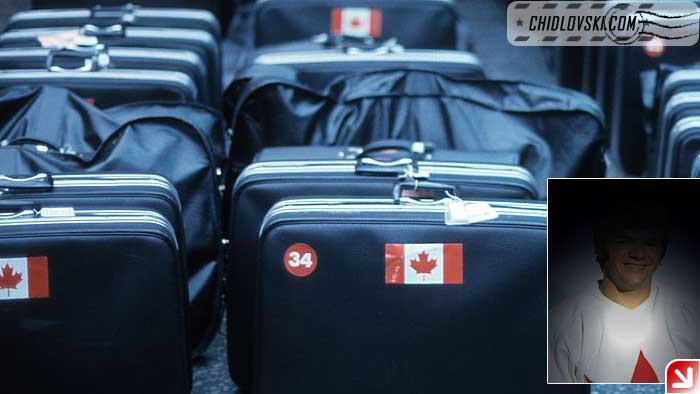 During the second half of the 1972 Summit Series, there were several mishaps with the Team Canada luggage arrival to Moscow.

History records show that the team never got several items assumed to be important for the stay in Russia.

The photo accompanying this post depicts Team Canada suitcases in the Moscow airport.

To make the long story short, whom do you think the case in front belong to?

Tough question, huh? Are you an expert on hockey history? Want to get a job in the lost-and-found department in Moscow?

Happy Celebration of the 50th Anniversary of the 1972 Summit Series and post your answers (if you have any) in the comments below.