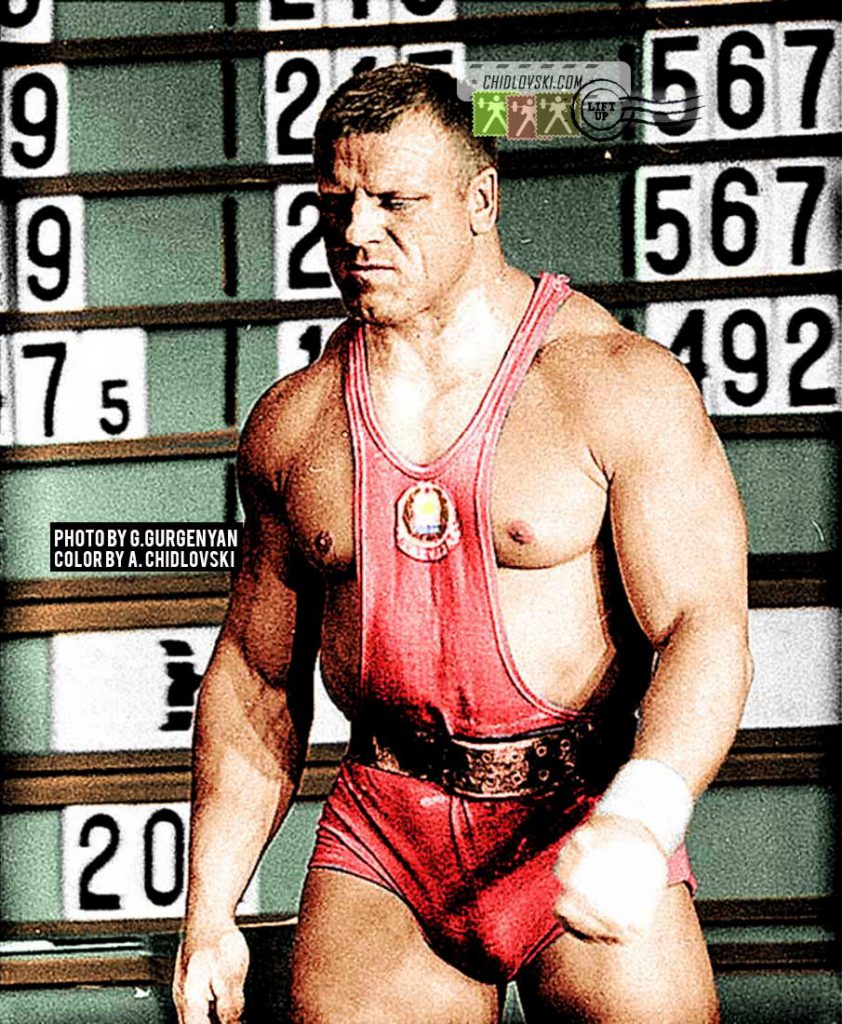 History in Color:
July 23, 1971, Moscow, Russia – Heavyweight Karl Pumpurins of the Dynamo (Riga) club competes for Team Latvia in the 110kg weight class at the 1971 USSR Championships and Spartakiade at the CSKA Weightlifting Arena in Moscow. Famous for his impressive physique and world class press lifts, Pumpurins won the 5th place at the tournament with 540kg (195+145+200) total.

With the sunset of Olympic press lift in 1972, there was a definite change in the look-and-feel of Olympic weightlifting contenders at the major competitions. Many bulky “muscle machines” of the press era had to either re-adjust their gears for dynamic lifts only or even retire from the elite competitions.

Karlis Pumpurins (born in 1941) was one of the graduates of Michael Freifeld’s weightlifting club Dynamo in Riga.  Pumpurins wasn’t a poor technician overall but his weakest lift was the snatch and, by all means, his strongest lift was the Olympic press. In the late 1960s, he set 4 world records in the press in the 90kg weight class. Legendary Yury Vlasov used to call Karlis as “a real deal” of Olympic weightlifting.

At the 1970 USSR Cup, Pumpurins became a USSR champion in the 110kg class in the clean-and-jerk and press lifts.