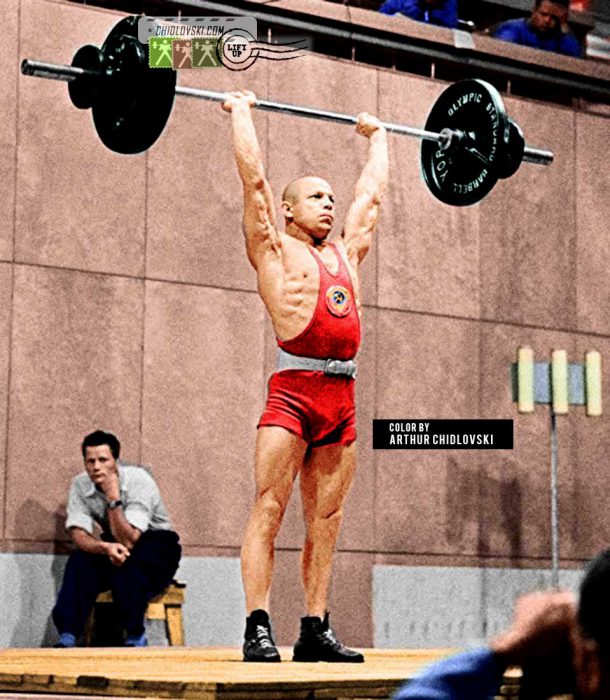 Nikolay Saxonov (1923-2011) was a champion of the World, Europe, USSR and an author of seven world records. He was a true legend of Soviet weightlifting and all sports overall. He belonged to the generation of athletes that stepped on the weightlifting competition platform after coming back from the battles of the World War II.

The next year after winning a silver medal at the 1952 Olympics, Saxonov became a World and European champion (1953). In the internal competitions, he won the USSR Championships (1949, 1952, 1953) in the featherweight class.

His strongest lift was the clean-and-jerk. Saxonov set 7 world records in this lift.

Nikolay Saxonov studied medical sciences with his university classmate and weightlifting teammate Arkady Vorobyev. Both of them lived in Sverdlovsk and shared interests both in studies and sports.