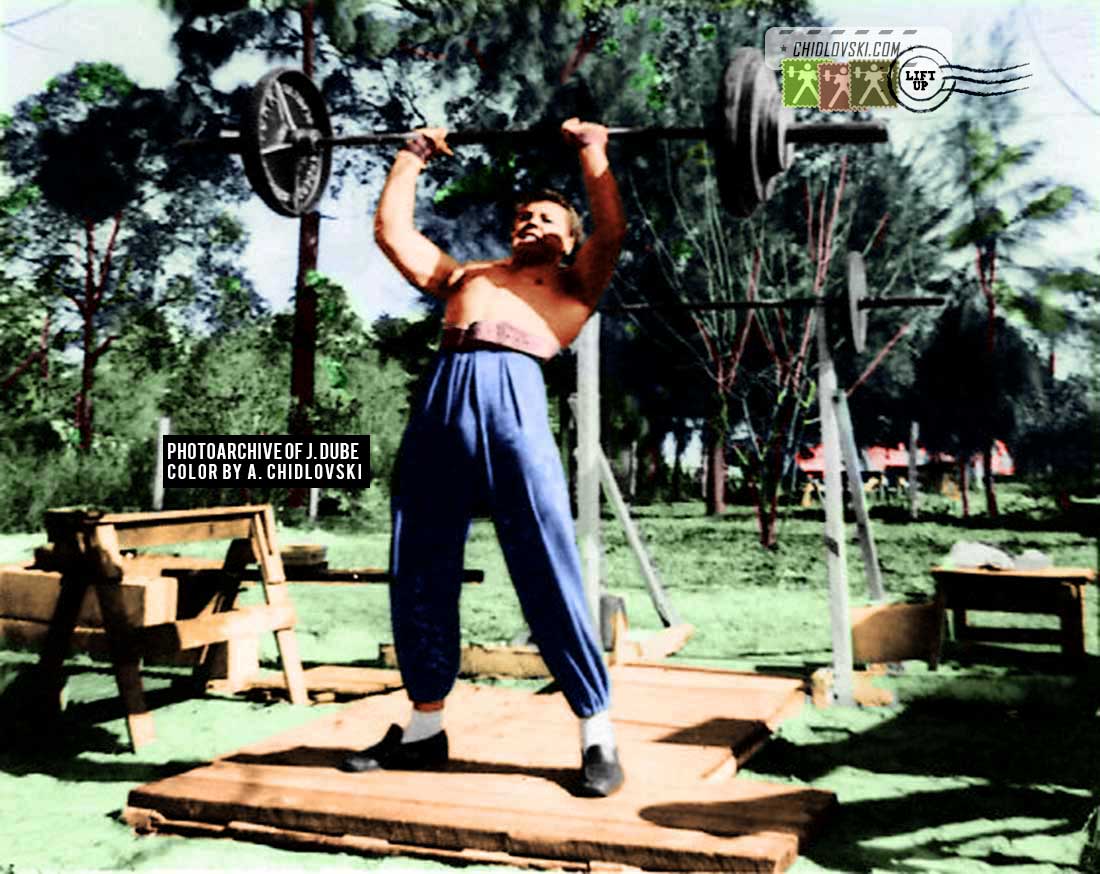 In a few years, Joe Dube developed into one of the best super heavyweight athletes ever in the United States and in the world. He competed against Soviet giants Leonid Zhabotinsky and Vasily Alexeev, his powerful countrymen Bob Bednardski and Ken Patera, Serge Reding (Belgium) and Rudolf Mang (Germany) and many other true legends of the Olympic weightlifting.

7 years after this backyard photo was made, Dube won the 1967 Pan American Games in Winnipeg and became a vice champion of the 1967 Little Olympics in Mexico City. A year later, he was selected to represent the United States at the Summer Olympics and won a bronze medal in Mexico City. In 1969, Joe Dube  became a World Champion in the super heavyweight in Warsaw.

World records holder and champion, Joe Dube was a very impressive athlete on the competition platform. As a super heavyweight, he was big and powerful and, at the same time, he was very fast with his lifts.