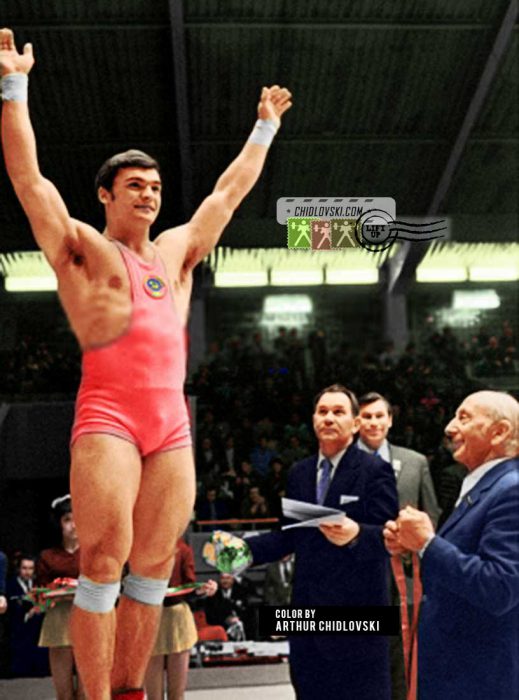 The top award is being given by legendary Oscar State, IWF Secretary General (Great Britain, 1960-1976).

At the 1974 Friendship Cup, Ryzhenkov set 3 new world records in the light heavyweight class. He snatched 162.5kg, clean-and-jerked 202kg and finished with a 360kg total.

In 1973 and 1974, Vladimir Ryzhenkov was magnificent. He was brilliant and unstoppable.

Overall, within these two years he broke 12 world recorda – 6 in snatch, 3 in cj and 3 in total. He won both USSR championships, 1973 World Championships in Havana and, while going for the world record in the snatch lift in his 4th attempt at the 1974 Worlds in Manila, he received a career ending elbow injury. He never lifted again on the top level.