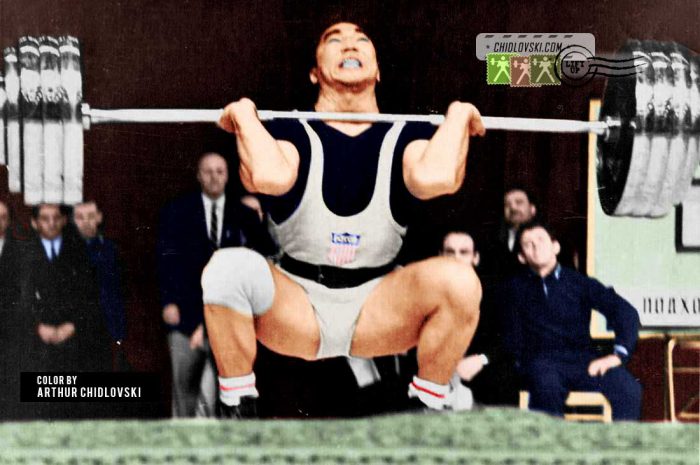 March 10, 1961, Moscow, Russia – 30-year old light heavyweight Tommy Kono of the United States competed in the 82.5kg weight class at the 1961 Prize of Moscow International tournament in the Soviet Union.

By the end of the night, legendary Tommy Kono won his second Prize of Moscow with two new world records – in the press lift (153kg) and in total (460kg).