Zhabotinsky and Galkin in Tbilisi (1974) 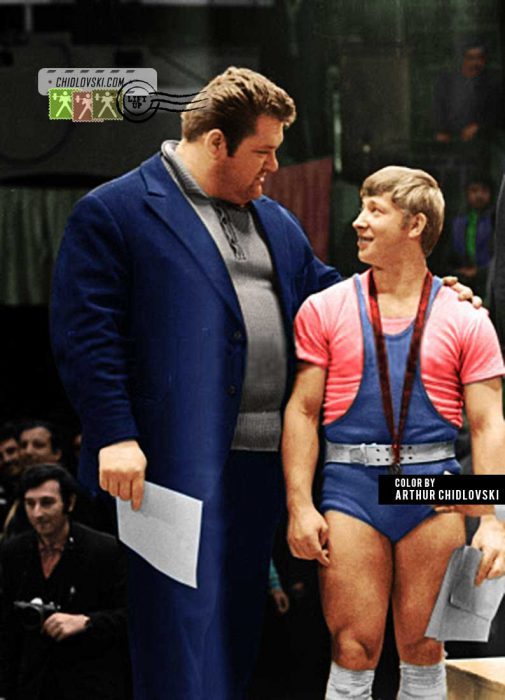 Alexander Galkin was considered a rising star in the middleweight class at the time.

Graduate of the Spartak weightlifting club in Donetsk, at 19, Galkin ended up with a solid 455kg total (150+130+175) and a bronze medal at the 1971 USSR Spartakiade and USSR Championshipa in Moscow. Later in the year, he won the 1971 USSR Cup and became a national champion in the snatch and clean-and-jerk lifts.

In 1974, Galkin competed for the Army Club of Kiev, Ukraine and became a USSR vice champion with legendary Viktor Kurentsov winning the gold.