Tommy Kono and Peter George at the MSG in 1955 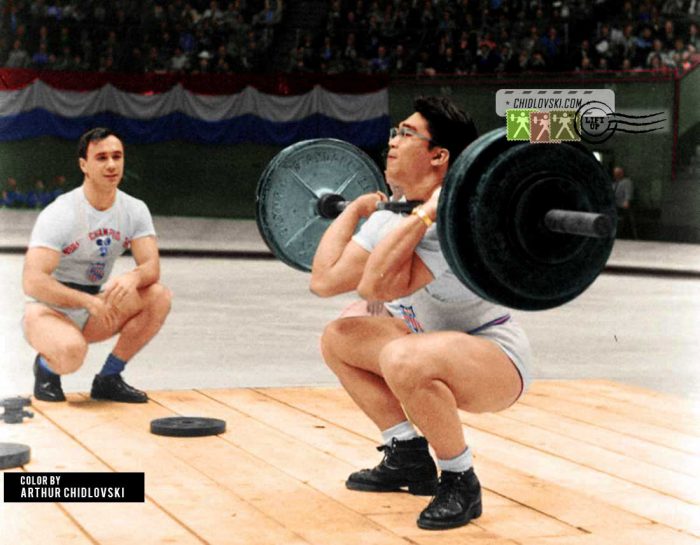 Both Tommy Kono and Peter George became Olympic champions at the previous Olympic Games in Helsinki in 1952. The tournament in 1956 was going to be the 3rd Olympics for Peter and the 2nd – for Tommy.