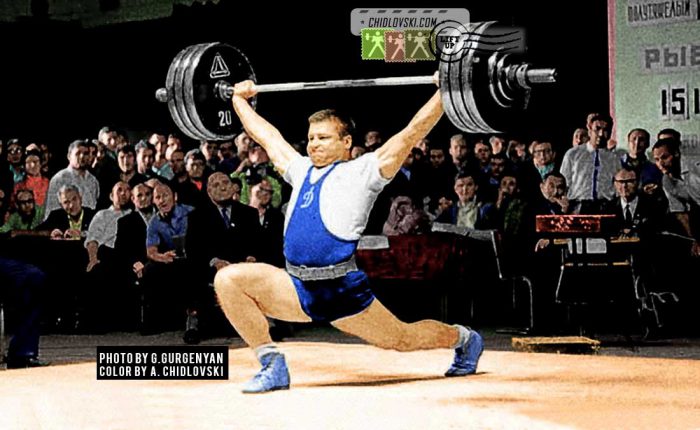 Kalenichenko managed to beat by 0.5kg the world record set by Jaan Talts of Team Estonia just a few minutes before that on the same platform.

The world record shown on the photo is a historical moment. This was the last world record in snatch that was set using a split style. Once a  dominating technique in the world, split style was fading away and being replaced with a squat style on the elite level of Olympic weightlifting.