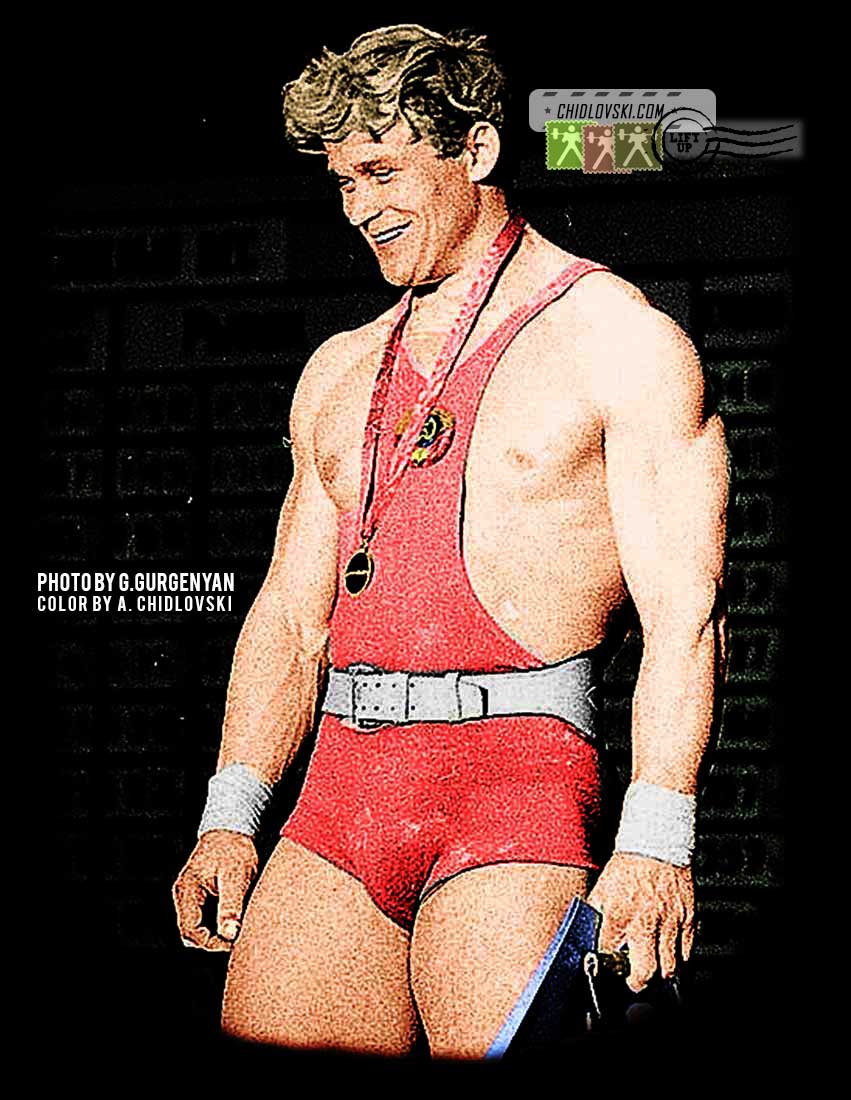 “Two lady tourists tried to grab (Pavel) Pervushin behind the stage in Madrid. One was 17. The other one was 56. Both said that they wanted his autograph. However the security personnel of the weightlifting arena expressed doubts that they were truthful and that the ladies actually wanted something different from Pervushin. As a result, both ladies were escorted out.”
Alexey Medvedev, Madrid, 1973

The History in Color cover photo features famous Soviet heavyweight Pavel Pervushin. The original black-and-white picture was made by Gogi Gurgenyan when Pavel won the 1973 Friendship Cup in Tashkent.

The story above was told by Alexey Medvedev who was the Head Coach of Team USSR and made these notes during the 1973 European Championships in Madrid, Spain.

Medvedev’s humor aside, Pervushin was a very popular and good looking athlete of the time. For many rookie lifters of that era, he was a poster boy to go into Olympic weightlifting to train and compete. It’s too bad that his career ended so early because of a domestic accident.