Big Celebration by the Miyake Brothers in Mexico City (1968) 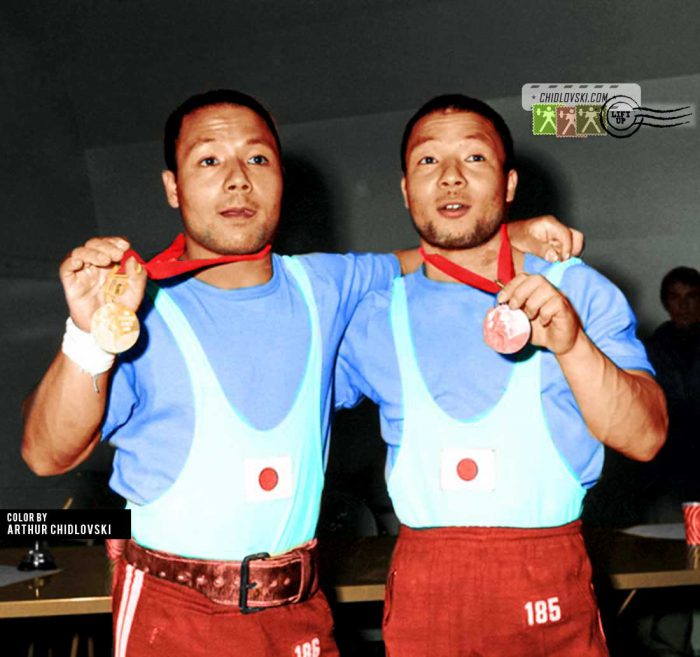 Both competed for Team Japan in the 60kg weight class. Yoshinobu won his second Olympic gold medal and Yoshiyuke won a bronze medal.