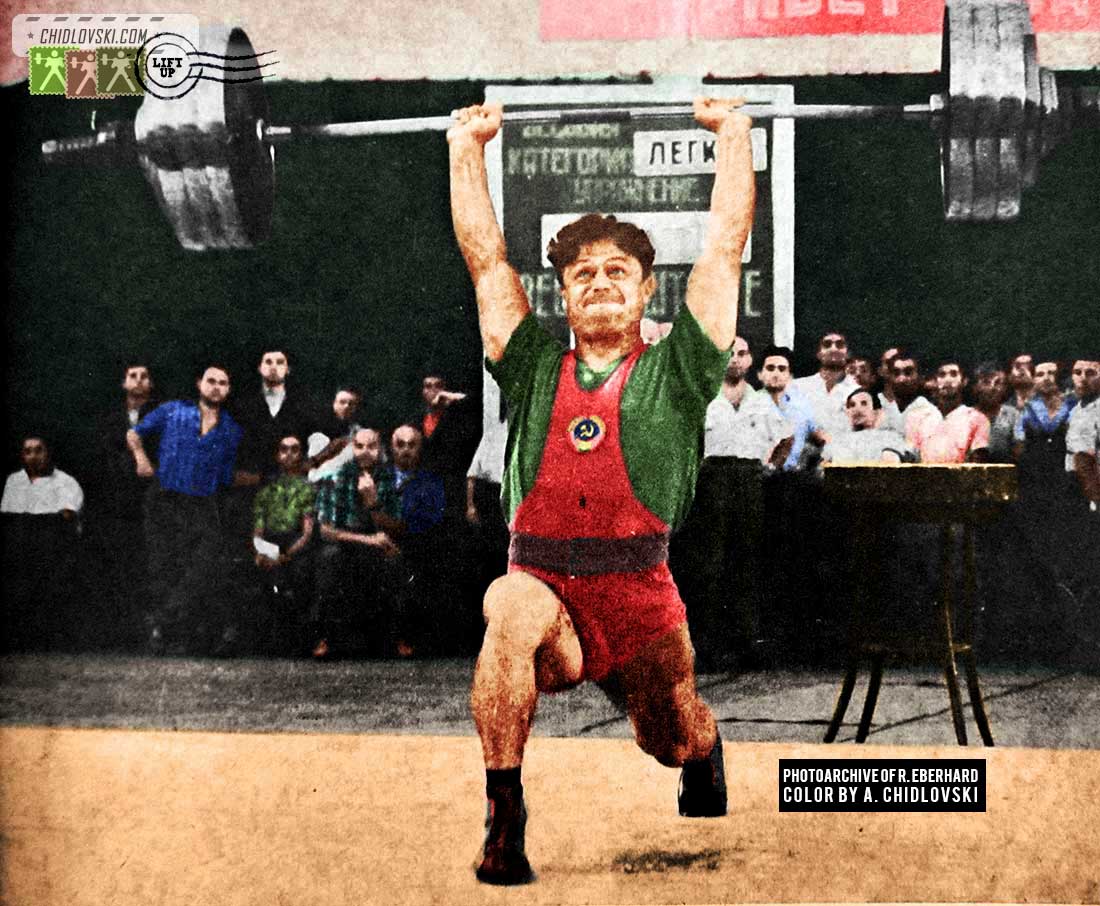 History in Color:
July 28, 1963, Moscow, Russia – 30-year old Soviet Army lightweight Vladimir Kaplunov of Khabarovsk, Russia is competing in the 67.5kg class at the 1963 USSR Spatakiade and 1963 USSR Championships in the Shakhter Weightlifting Hall in Moscow.

Vladimir Kaplunov (1933-2015) of Khabarovsk, Russia was one of the best lightweight Olympic lifters in the world in the first half of the 1960s.

He set 11 world records in his career. The cover photo actually features one of these records when Vladimir Kaplunov set the 162.5kg world record in cj in his 4th attempt at the 1963 USSR Spatakiade and 1963 USSR Championships.