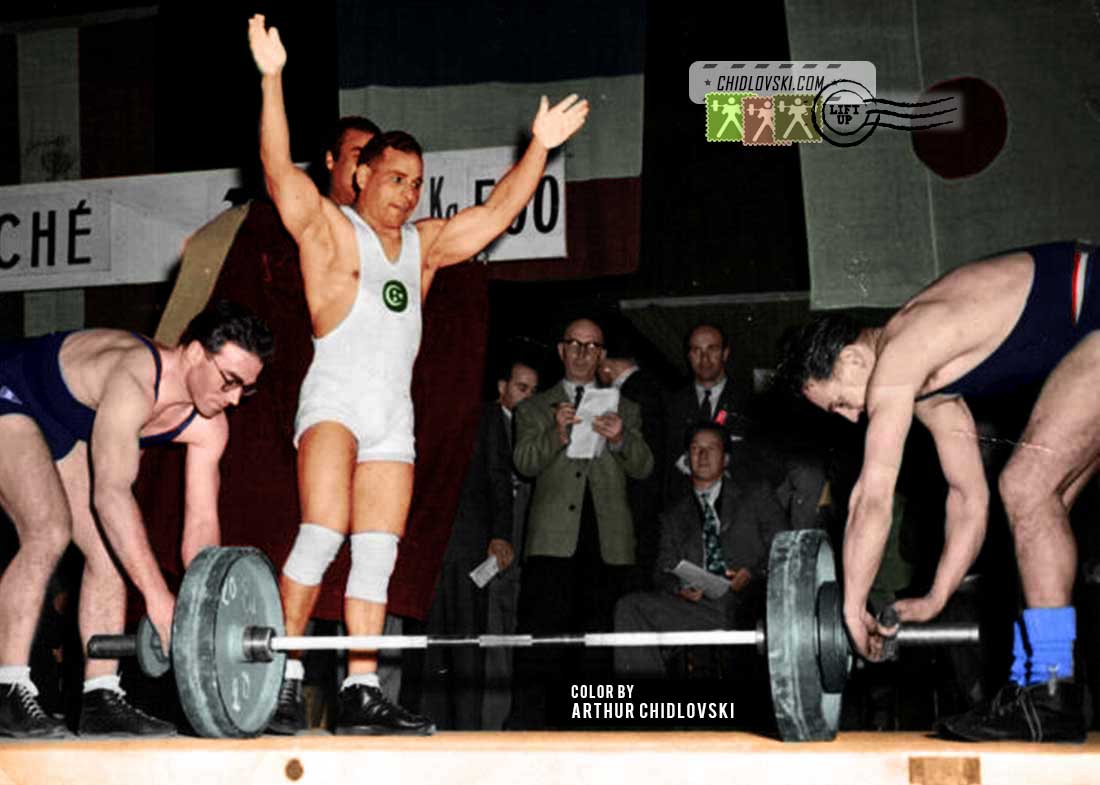 History in Color:
October 14, 1950 – Legendary Khadr El Touni of Team Egypt wins wins his 3rd World title in the the middleweight class at the 1950 World Championship in Paris, France.

Khadr Sayed El Touni (1915-1956) was one of the best weightlifters in the world and the most decorated Egyptian Olympic weightlifter of the 20th century. By many accounts, he is considered one of all-time greatest athletes from Egypt.