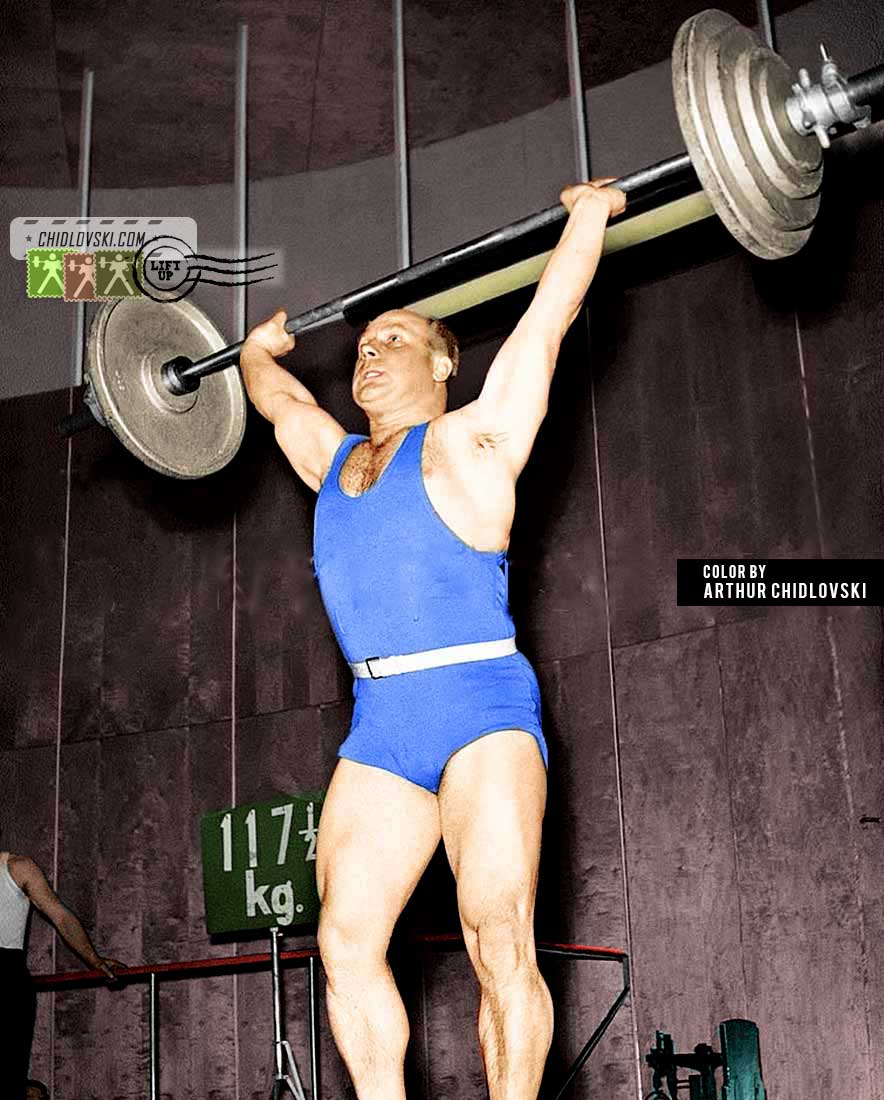 A year before in Helsinki, Gosta Magnusson took the 4th place in the 82.5+kg class with a 370kg total at the 1947 European Championships. His bodyweight was 85.4kg.