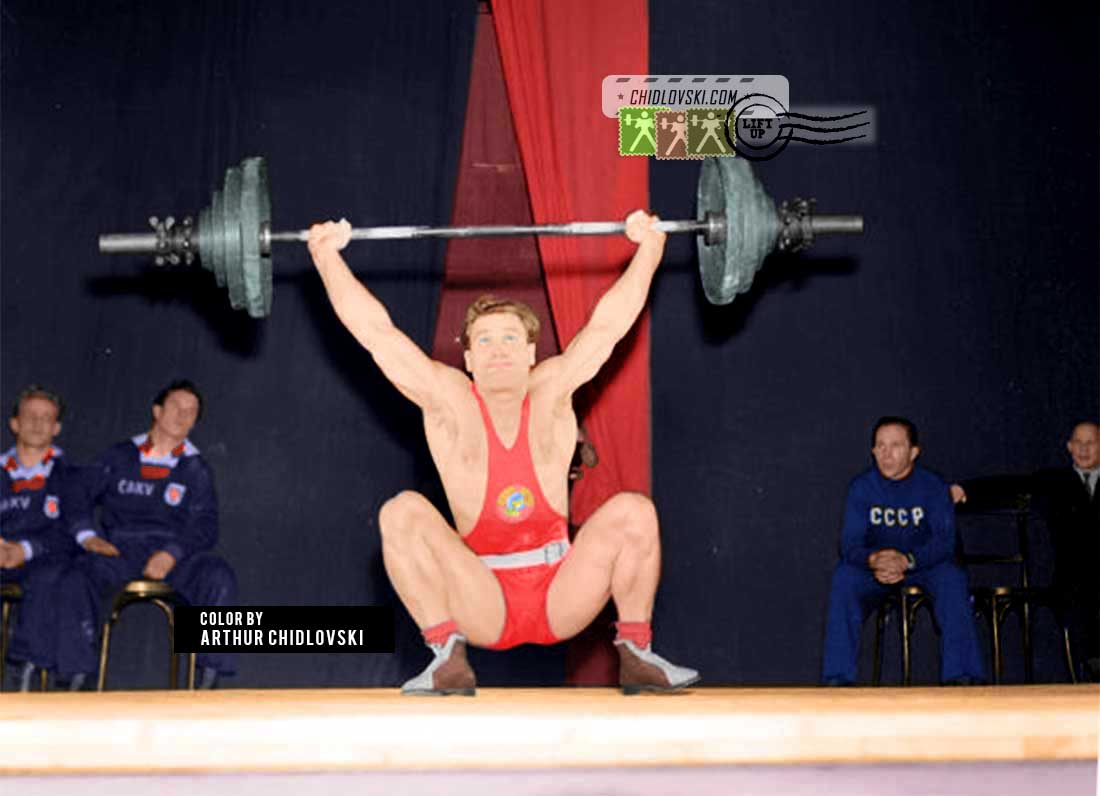 History in Color:
May 11, 1951, Vienna, Austria – Soviet middleweight Vladimir Pushkarev of Moscow, Russia competes for the national Team USSR in the 75kg class in the Austria vs. Soviet Union weightlifting match held in the Concert Hall in Vienna.

After retirement from competing as an athlete, Vladimir Pushkarev switched to the coaching career and had a very impressive success as a head coach of the Dynamo club in Moscow. He prepared such world class champions and record holders as Vladimir Ryzhenkov, Yury Kozin, Valery Yakubovsky and many more.