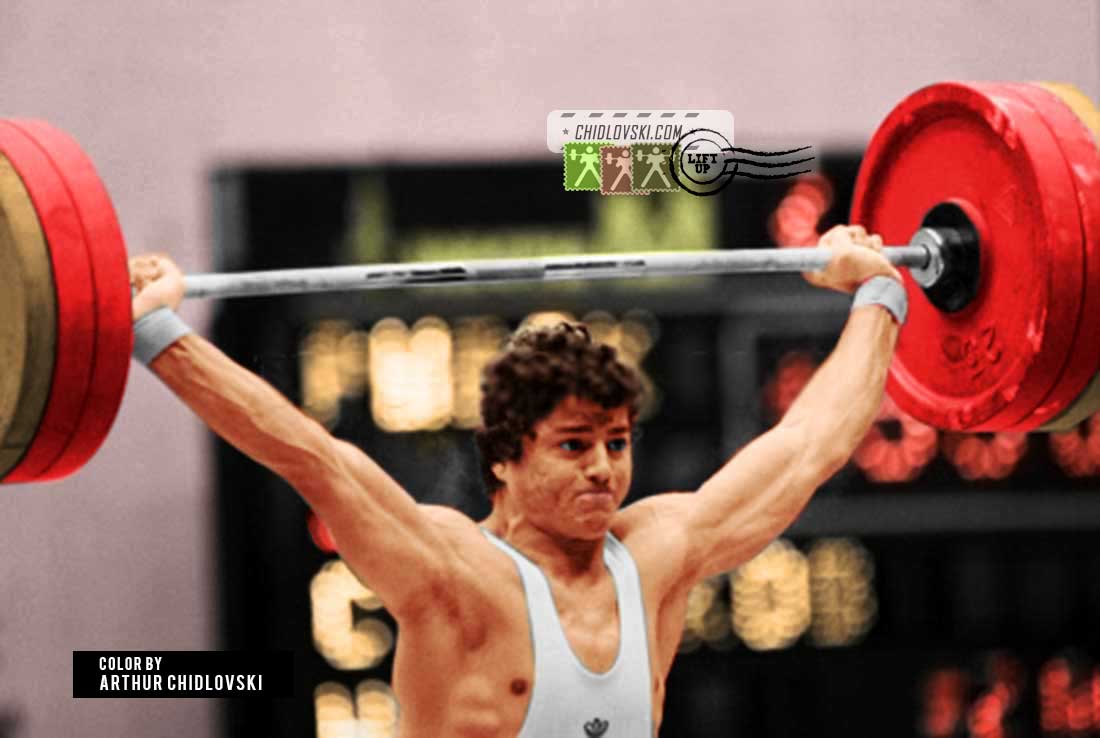 October 26, 1983, Moscow, Russia – 21-year old middleweight Zdravko Stoichkov of Team Bulgaria performs a snatch lift in the 75kg class at the 1983 World Championships in the Izmaylovo Weightlifting Arena in Moscow.

Zdravko Stoichkov’s personal best total in the middleweight was 377.5kg (167.5+210) achieved at the 1984 Friendship Cup held as an alternative to the 1984 Olympics in Los Angeles.

In his career, Zdravko set 3 world records. Two of them (in total) were set at the 1984 Friendship Cup in September 1984.

In 2008-2009, Zdravko Stoichkov was appointed as a head coach and trained  Bulgarian men’s weightlifting team.