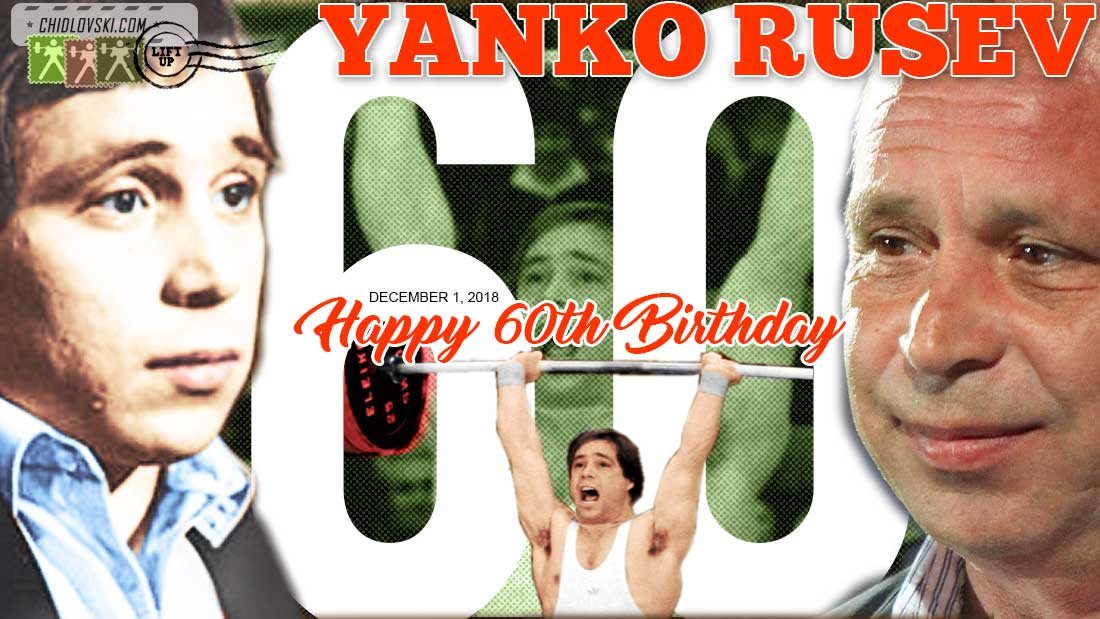 Congrats to the Champion!

In 1977, 19-year old Yanko Rusev became a vice champion of the World in the 60kg class and managed to set a clean-and-jerk world record in the 4th attempt (165kg). The young Bulgarian teenager developed into a true legend of the 67.5kg and the 75kg class.

Rusev won gold medals at five world championships in 1978-1982 and the Olympics in Moscow in 1980. He also set 25 world records in his lifting career. Due to the boycott of the Summer Olympics in LA, Yanko Rusev didn’t compete in the 1984 Olympics. Instead, he won the alternative Friendship Cup in Varna with the 337.5kg total (145+192.5).

Yanko Rusev showed outstanding strength and almost perfect lifting technique in both the snatch and the clean-and-jerk lifts. He was a definite leader in the lightweight and the middleweight divisions and was considered virtually unbeatable at the time he competed in these weight classes.