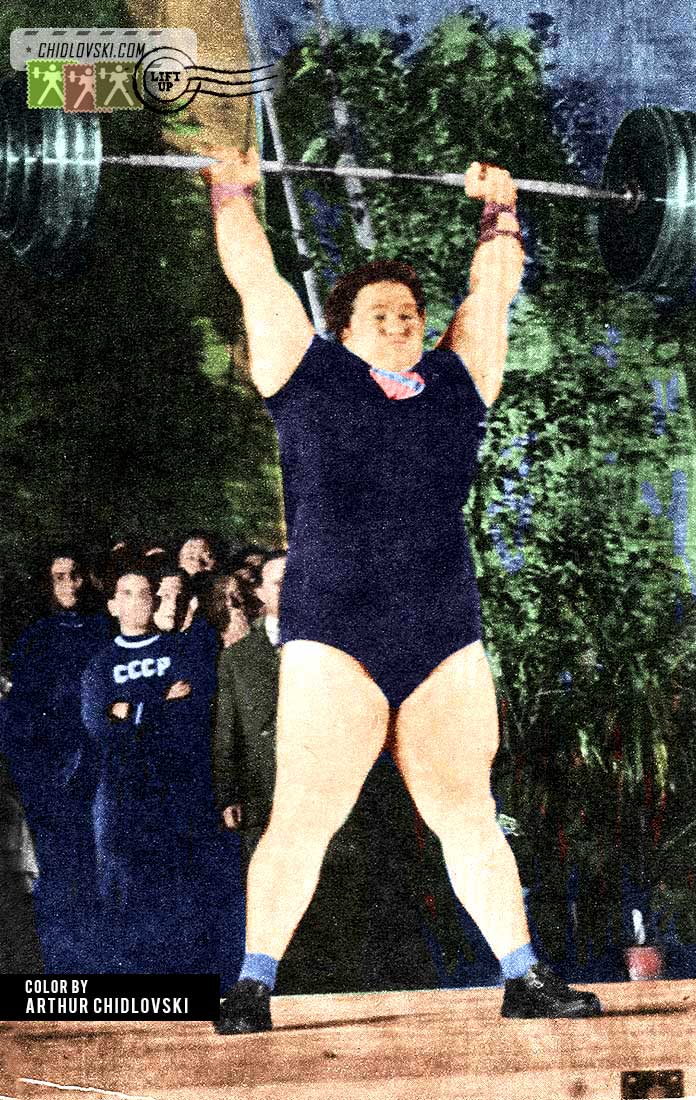 History in Color
June 16, 1955, Moscow, Russia – Legendary Paul Anderson of Team USA, nicknamed  as “Miracle of Nature” for his phenomenal strength, is competing for USA during the USA vs. USSR Olympic weightlifting match in the Green Theater in Moscow.

Anderson’s opponent in the match in the 90+kg class was Alexey Medvedev of Team USSR: