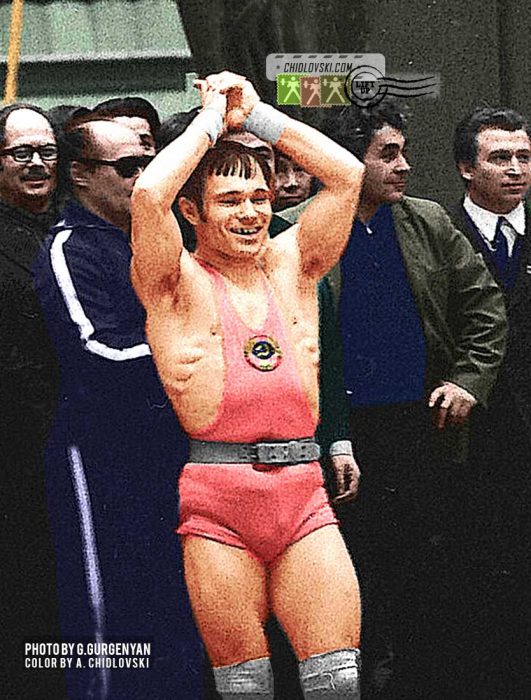 History in Color:
March17, 1973, Tashkent, Uzbekistan – Soviet featherweight Yury Golubtsov of Donetsk, Ukraine sets a new world record in the clean-and-jerk (158.5kg) and wins the battle vs. legendary Yoshinobu Miyake in the 60kg class at the 1973 Friendship Cup in Tashkent.

Yury Golubtsov (1940-1984) was a very strong featherweight athlete of the late 1960s and early 1970s. He competed for the Avangard club of Donetsk, Ukraine and set 4 world records in the 60kg class. His forte was a clean-and-jerk lift. All four records were set in this lift.

Special thanks to Gogi Gurgenyan for his original photo of Yuri Golubtsov. It’s not that easy find a photo of this “unsung hero” of Olympic weightlifting.