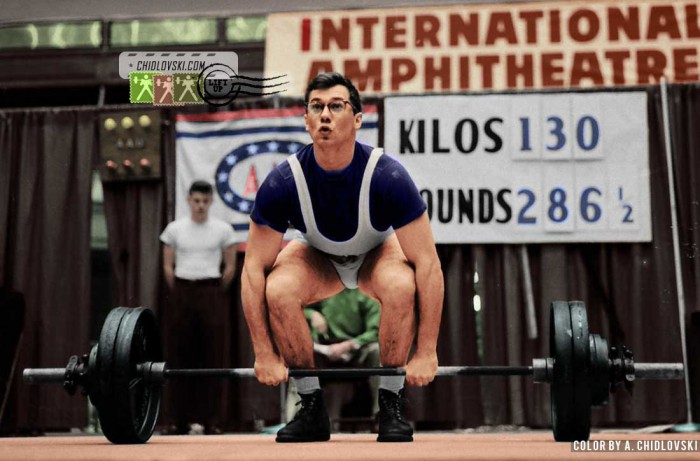 History in Color:
May 12, 1958, Chicago, IL – Light heavyweight James George of  Akron, OH, USA competes Team USA Weightlifting in the 82.5kg class in the first match of the 1958 USA vs USSR Olympic weightlifting series in the United States.

Jim George (born in 1935) was one of the world class athletes of the legendary Team USA of the Bob Hoffman’s era in this sport.