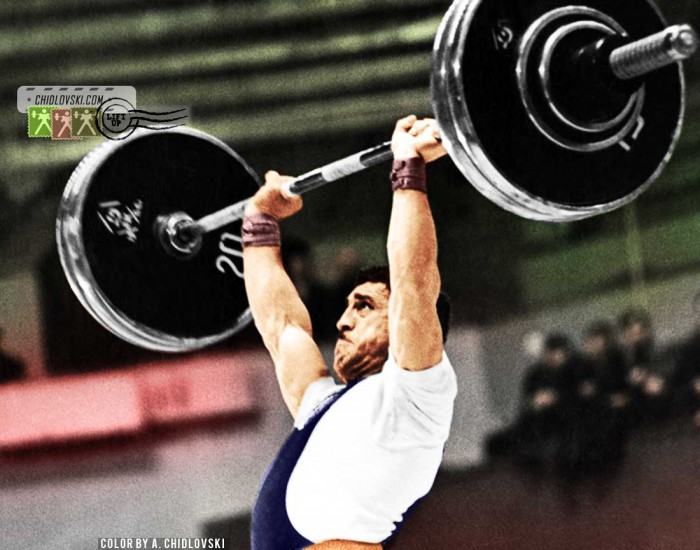 History in Color:
2x Olympic vice champion, champion of the World, Europe and USSR, Dito Shanidze of the Gantiadi Club, Tbilisi is competing at the local meet in his native Georgia.

Dito Shanidze (1937-2010) of Georgia was one of all time best Soviet featherweights.

He competed for Kolmeurne Club of Kutaisi, Georgia and Gantiadi Club of Tbilisi. Georgia.

He was a 2x Olympian for Team USSR Weightlifting and both times he brought home silver Olympic medals – from Mexico City (1968) and from Munich (1972).

Needless to say, Shanidze won his second Olympic trophy when he was already 35. Shanidze was what one might call a late bloomer. The coaches began to call Shanidze for top competitions late in his career.