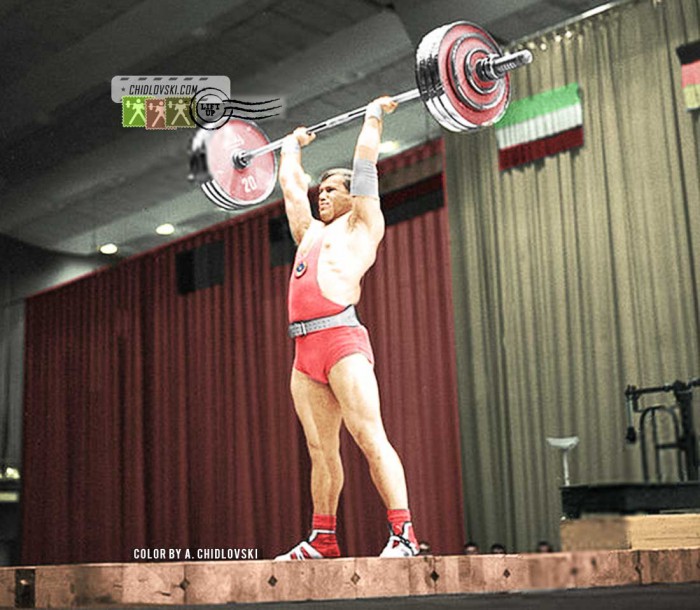 March 20, 1970, Minsk, Belarus – Vasily Kolotov of Pervoyralsk, Russia competes in the 90kg class at the 1970 Friendship Cup in Minsk.