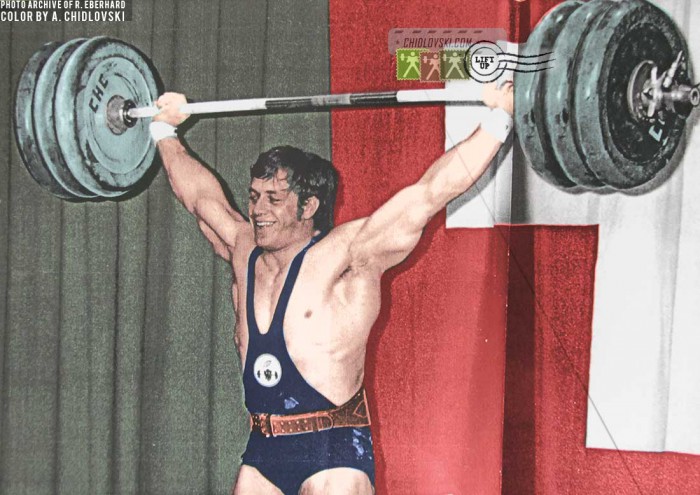 History in Color:
Michel Broillet (b. 1944) of Switzerland was one of the top Olympic weightlifters the 1970s.

With all these remarkable achievements, Michel Broillet was truly not a professional athlete. He actually had a day time job and trained for about 8-10 hours per… week in the after hours. In addition to international level Olympic weightlifting, Michel Broillet competed in the bodybuilding tournaments which was unthinkable in the times of highly specialized elite level sports.

On May 7, 1977, Michel Broillet snatched 170.5kg in the sub heavyweight and reached out for eternity. It was a world record!

Ironicaly, the record lived for 24 hours. The next day, Anatoly Kozlov of Russia set a new world record in the snatch for the 100kg weight class.