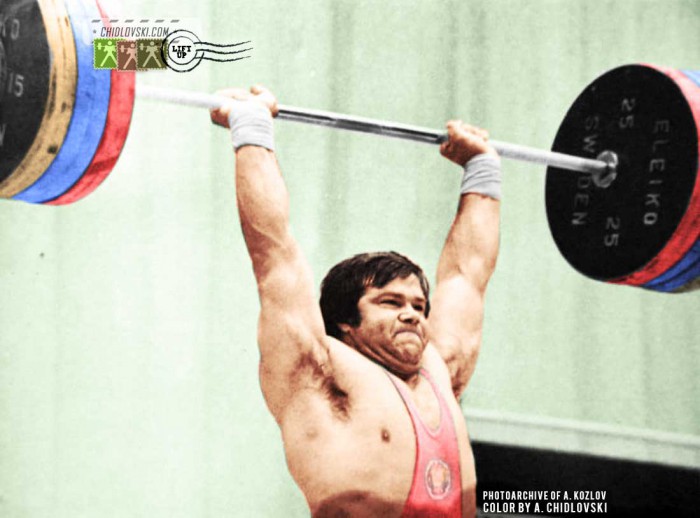 Anatoly Kozlov (b. 1955) of Kholmsk, Russia had a phenomenal year of 1977 in Olympic weightlifting.

Four month later, young promising sub heavyweight Anatoly Kozlov was selected to compete for the Team CCCP Weightlifting at the 1977 World Championships in Stuttgart, Germany. Anatoly had a big battle for the gold against Helmut Losch of East Germany. Both finished with the same total – 367.5kg but Kozlov’s bodyweight was 0.3kg lighter.

At 22, Anatoly Kozlov became a World and European champion.