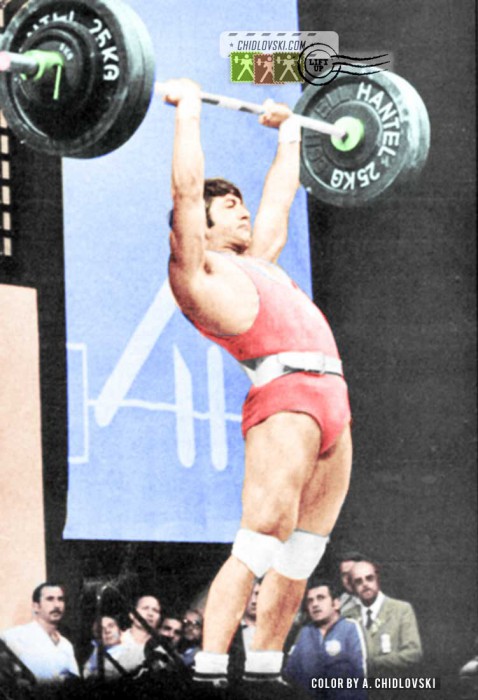 August 31, 1972, Munich, Germany – Yordan Bikov of Pazardzhik, Bulgaria is on his way to win the Olympic gold medal in the 75kg class at the 1972 Summer Olympics in Munich, Germany. Bikov won the middleweight class with the 485kg world record in total and became the second Bulgarian Olympic champion in weightlifting.