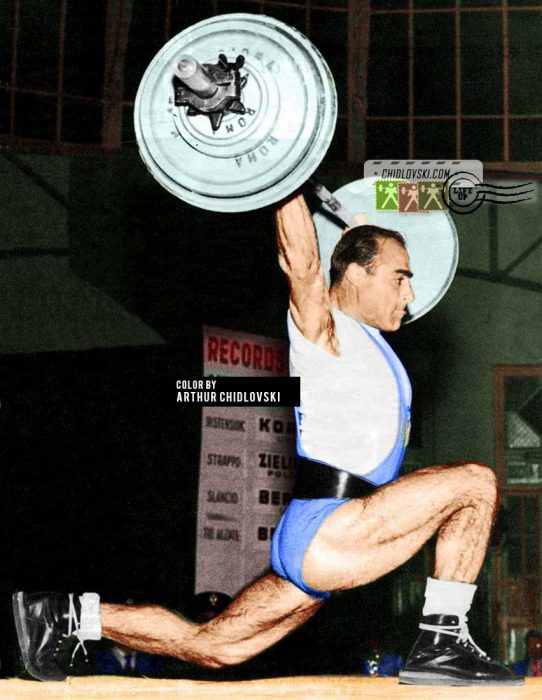 History in Color:
One of the best Olympic weightlifters and overall athletes of Italy, Sebastiano Mannironi performs a snatch lift in a slick split style in 1960.

Sebastiano Mannironi was 3x Olympian of Italy. He represented his home country in the featherweight at the Summer Olympics in Melbourne (1956), Rome (1960) and Tokyo (1964). Mannironi won his bronze Olympic medal in front of a home crowd in Rome in 1960.

Recently, the name of great Italian weightlifting champion Sebastiano Mannironi was brought in a media spotlight again. He was the last Italian athlete to set a world record. It happened on June 28, 1958 in Rome, when Mannironi snatched 111kg in featherweight.

The brilliant result by Pizzolato doesn’t outshine the record by legendary Mannironi. It rather makes both names shine today. Isn’t it the way it is supposed to be in sports?