What To Do In Belgium On a Friday Night? 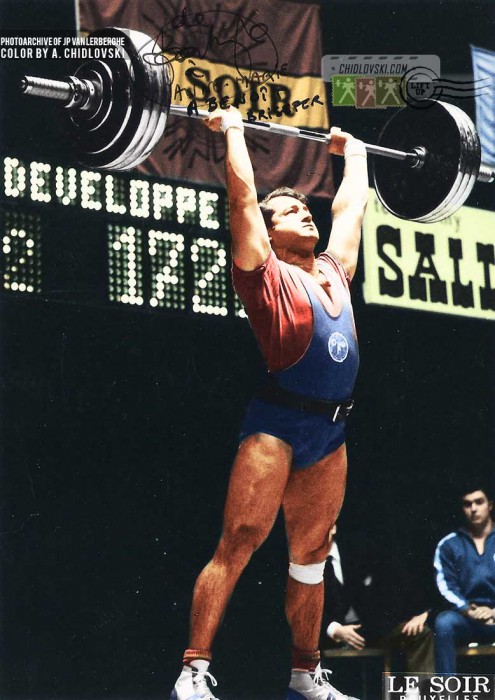 I would highly recommend to book the show with the guy on the History in Color cover and see him perform on stage. This is a former elite Olympic weightlifter, 2x Olympian and a member of Team Belgium. Now he is a comedian and does stage performance for a living. Recently, he stopped by the Lift Up and said hello. In our turn, we say hello to Mr. Van Lerberghe!

He was a member of Team Belgium and competed on several World and European Championships from 1968 to 1983. He won medals in the specific lifts and his personal best were 4th place in total in 1969 and 1970, and 5th place in 1971.

Van Lerberghe was inducted into the Club 500 with his legendary teammate Serge Reding:

On the national level, Jean-Pierre van Lerberghe holds the Belgium records in: