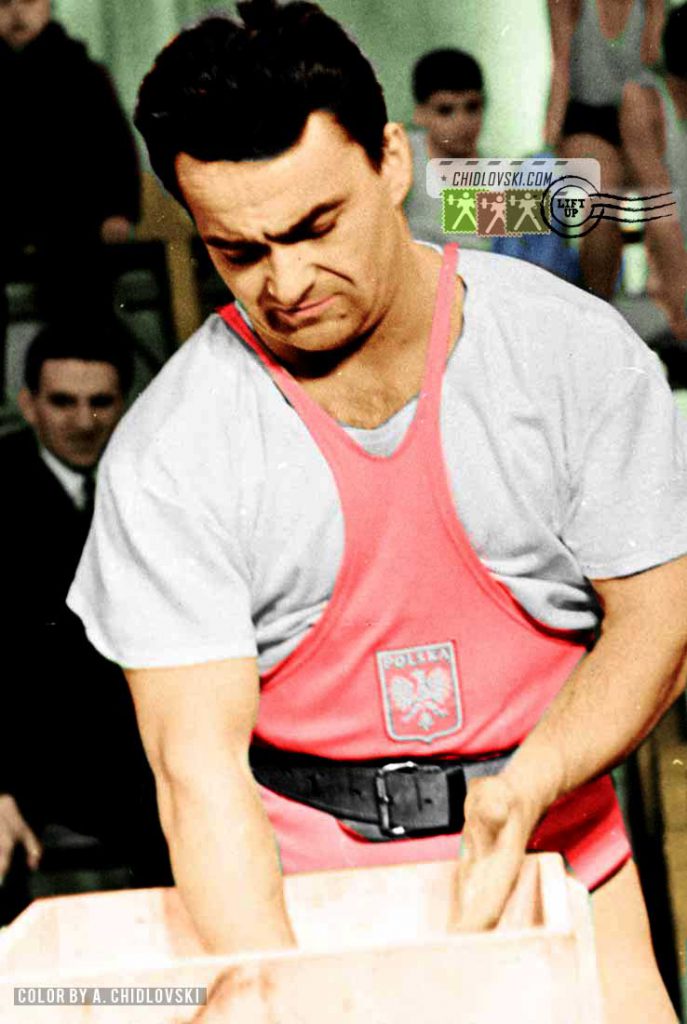 History in Color: The first Polish World Champion, Marian Zielinski is preparing for the lift.

The footage below shows Marian Zielinski competing in the press program at the 1962 World Championships in Budapest.