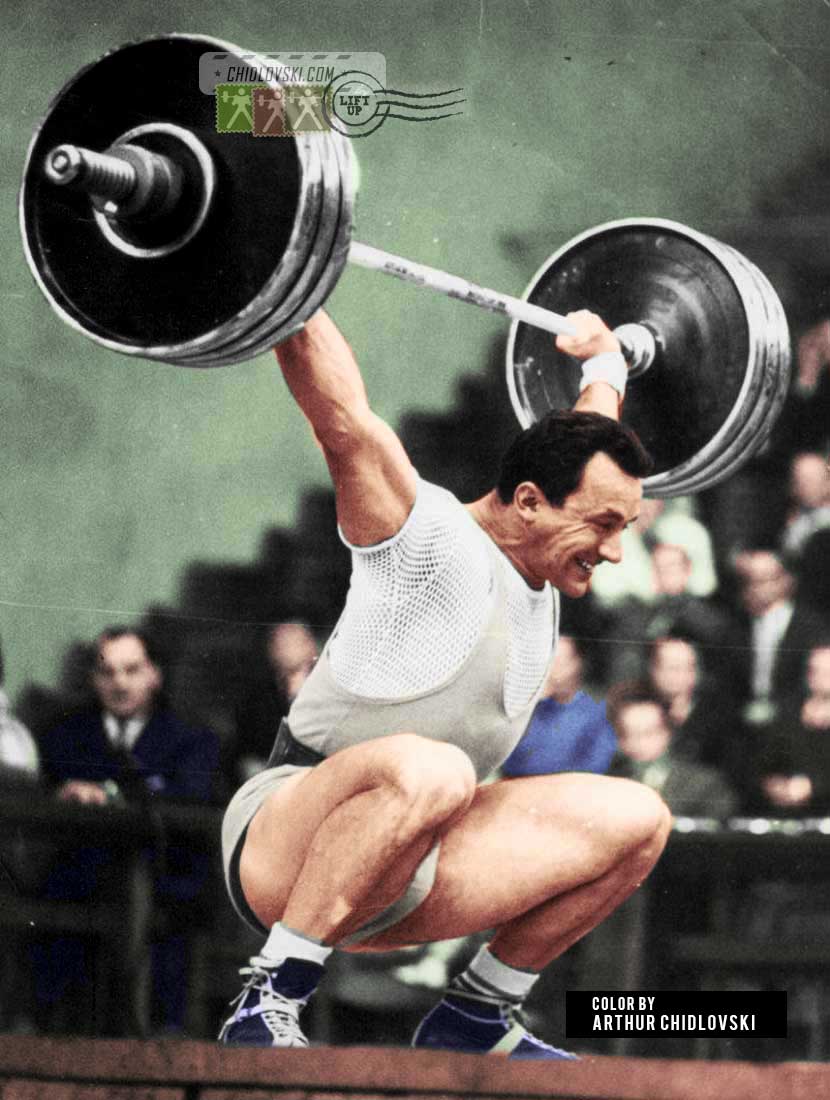 The History in Color series features Geza Toth of Hungary, one of the best Olympic weightlifters in the world in the 1960s.

Geza Toth (1932-2011) was a part of so-called “Magnificent Seven” group of Hungarian lifters that brought many awards, medals and world records back from the elite world tournaments and made Team Hungary one of the top contenders in the world of Olympic weightlifting.

Toth was a distinguished 3x Olympian – he represented his country at the Summer Olympics in 1960, 1964 and 1968. He took the 4th place in Rome and won a silver medal in Tokyo.

He was a world record holder and set 157 Hungarian national records in his career as an athlete.