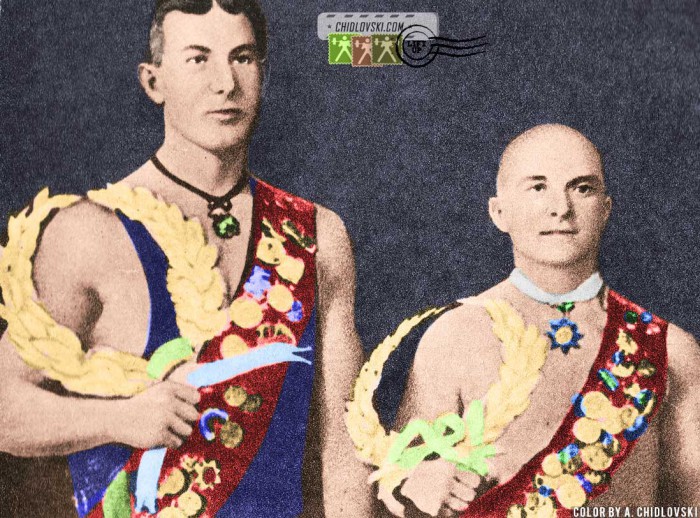 History in Color series a color version of the portrait of two remarkable personalities in the early history of Olympic weightlifting in the Soviet Union. Jan Sparre Sr. (left) and Alexander Bukharov were the pioneers of the national weightlifting.