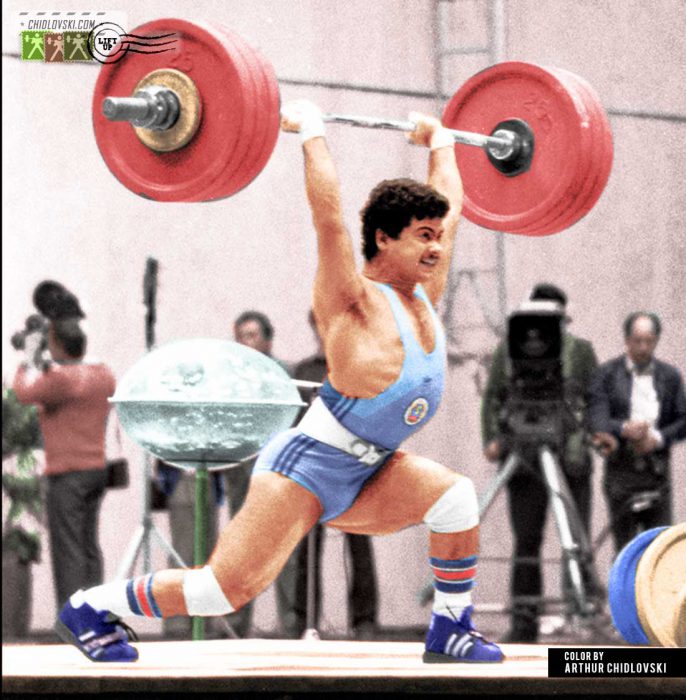 At the 1983 Worlds Topurov lost the gold to Yurik Sarlisyan by the bodyweight. Later on Stefan will win the World title (1987), European titles (1984, 1987), become Olympic vice-champion (1988) and many other weightlifting medals and awards.

However, at the historic moment on the cover photo, Stefan Topurov is a founder of the new weightlifting merit club – 3x Bodyweight Lifting Club!