Strongest In the Light Heavyweight: Ivanchenko and Rigert 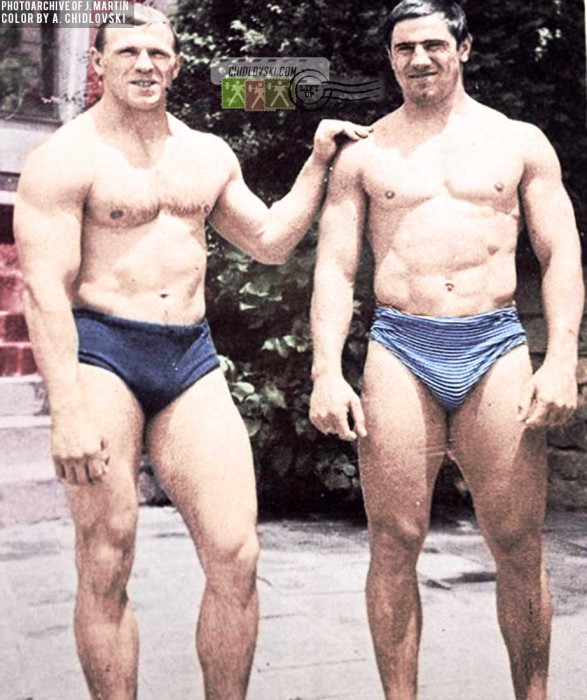 Both are definitely familiar to the Iron Game followers. Ivanchenko and Rigert had a very impressive appearance on the competition platform. Both reached international level during the time when the press lift was still a part of Olympic weightlifting.

When the press was withdrawn from the official competitions in 1972, a lot of muscles were toned down on the athletes’ bodies due to the emphasis on the speed in the dynamic lifts.

Obviously, the press lift had to go back then. It became a very loose interpretation of the initial strict pressing rules.

Look-and-feel of athletes doesn’t affect their placing in the Olympic weightlifting tournaments. It’s all about how much they can lift.

Still, powerful presence of the old-time press masters can be missed in the line-up of the athletes of the post-1972 era in this sport.