Miracle of Nature in Moscow 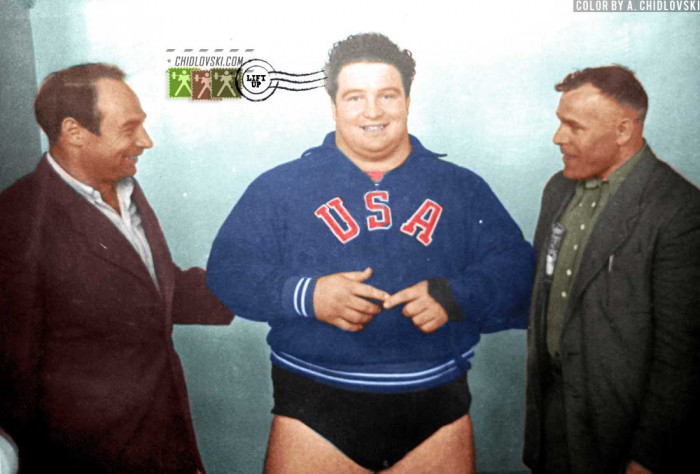 History in Color
Paul Anderson of Team USA, also known as “Miracle of Nature” for his phenomenal strength, is being admired by two Soviet champs, Arkady Vorobyev (left) and Trofim Lomakin.

The original photo was made during the historical USA vs. USSR Olympic weightlifting matches in the Summer of 1955.