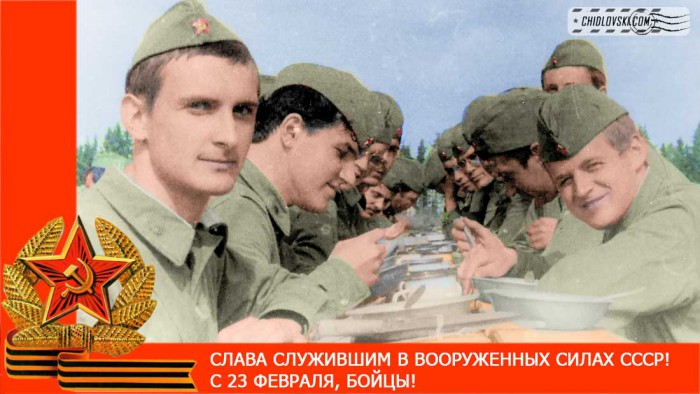 Congrats to all who still does the celebrations.

It was a notable holiday on the calendars back in the old Soviet Union.

The Soviets didn’t have a Valentine’s Day but celebrated the March 8 (International Day of Women) and February 23 (Army and Navy Day that gradually became a Day of Men). So, little school boys were getting presents from their class girls on February 23 and little school  girls were receiving their flowers and gifts on March 8.

Just a matter of old tradition.

You didn’t really have to serve in the army to be able to celebrate the February 23. It gave the holiday a bigger vibe for sure.

On the cover photo, our engineering platoon is having a lovely dinner during the training military maneuvers in Borisoglebsk, Russia in 1984. I am that fella on the very right on the photo.

We were dead tired and the food was terrible… It was so bad that I still remember it.

But we were young and happy and eager to survive through those challenges and war games we had to play during the service days.