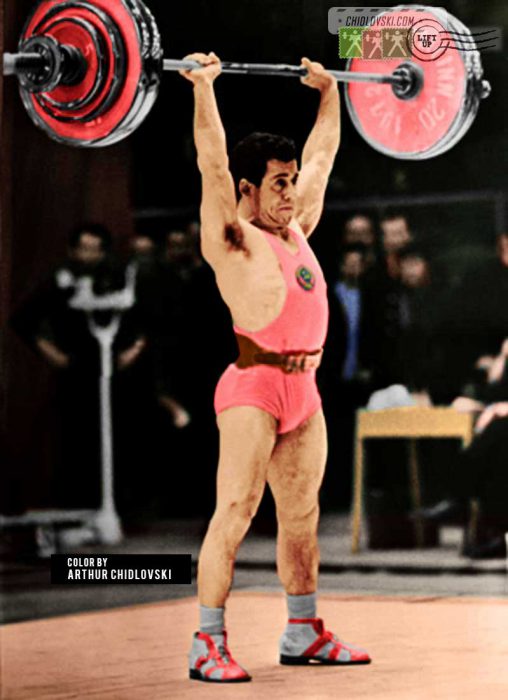 History in Color:
April 11, 1972, Tallinn, Estonia – Rafael Belenkov of Minsk, Belarus sets a new world record in press (128kg) in the bantamweight class at the 1972 USSR Championship in Tallinn, Estonia.