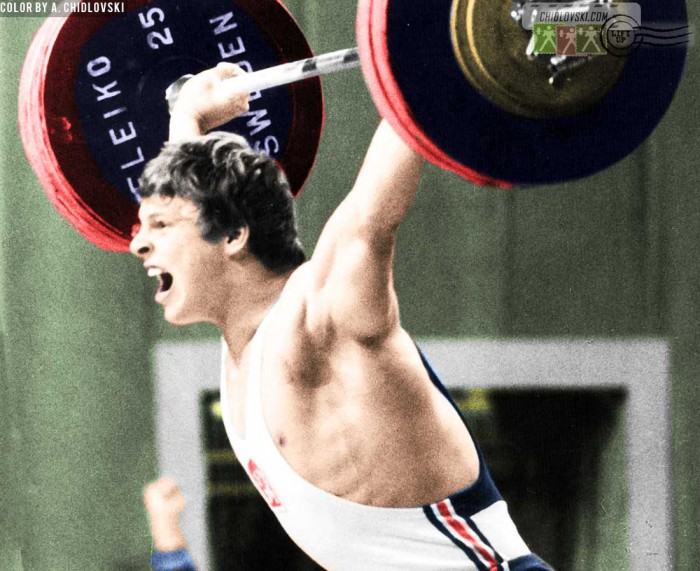 Ota Zaremba (b. 1957) is one of the most successful Czech weightlifters of all times.

The were three Olympic weightlifting champions in the history of Czechoslovakia. Heavyweight Jaroslav Skobla won the title in Los Angeles in 1932. Middleweight Hans Zdrazila won a gold medal in Tokyo in 1964. Finally,  Ota Zaremba became an Olympic champion in 1980.

Needless to say, Zaremba won his gold in Mowsow in the 100kg weight class, that was a perfect outlet for the Soviets. At the time, Tean USSR had about two dozens atheletes who could have potentially won any international contest in this class. However, it was Ota Zaremba who won the gold in Moscow.