Another World Record by Adam Gnatov 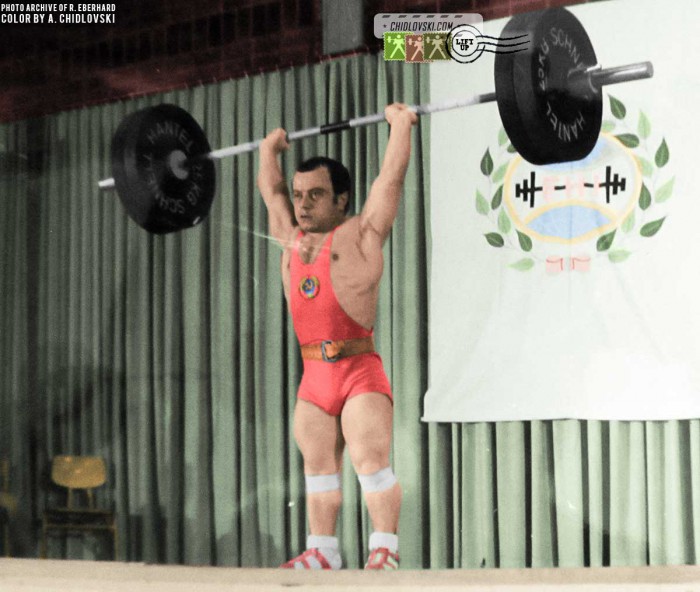 At the tournament in Ulm, Adam actually set two world records in the press lift (118kg and 120kg). The second one is shown in the cover History in Color photo.

A few month later, Gnatov advanced with the 120.5kg press and it became an eternal official world record in the flyweight class.

In 1973, press lifting was eliminated from the Olympic weightlifting competitions.