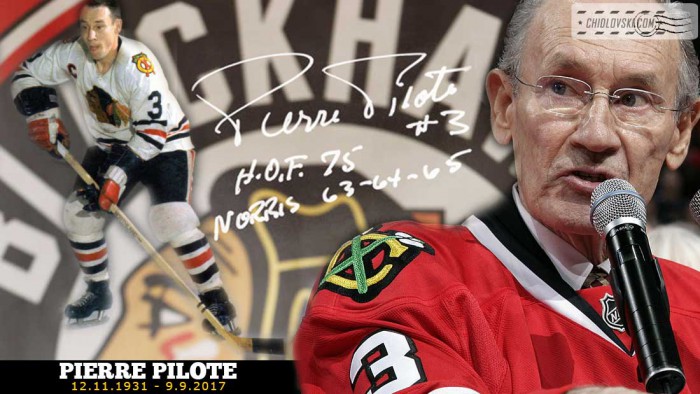 For seven seasons, he was a captain of the glorious Chicago Black Hawks team  of the 1960s.

It was long before the team became known as the Blackhawks.  It was an Original 6 team with Bobby Hull, Stan Mikita and, oh yes, legendary No. 3, Pierre Pilote.

On a personal level, the first book that I read about the NHL and its players was the book written by Bobby Hull. It was published in Russian during the 1974 Summit Series between Team Canada and Team USSR. The book was my first intro into the history of the Original Six teams. Of course, the author wrote a lot about his team and teammates. As we know, Bobby Hull, the Golden Jet played for the Chicago Black Hawks.

That was how I first learned about Pierre Pilote, about his game, style, and role in the team.

It’s very sad to hear that the hockey heroes of our childhood are no longer around.

My deepest condolences go to the family and friends of Pierre Pilote and to all fans of the game.