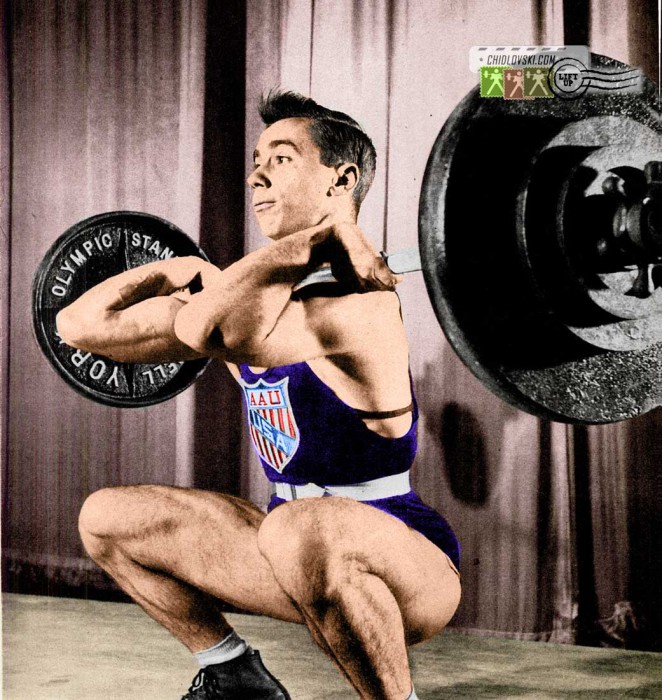 History in Color:
Peter George (b. 1929) of Team USA was one of the most distinguished Olympic weightlifter in the history of this sport.

He set 4 world records in his outstanding career on the competition platform.

Peter George was born and grew up in Akron, OH in a Bulgarian family that moved to the United State from Macedonia. Ironically, it was Peter George who was the first Bulgarian to win the Olympic title in 1952 – 20 years before Norair Nurikyan of Bulgaria did it in Munich.

Peter George was famous for his clutch lifting and quality leadership. For many years he was a captain of Team USA Weightlifting. He trained 3 times a week and NEVER in his life stepped away from his schedule.

After his weightlifting career, Peter George launched a very successful career in dentistry and medical sciences.