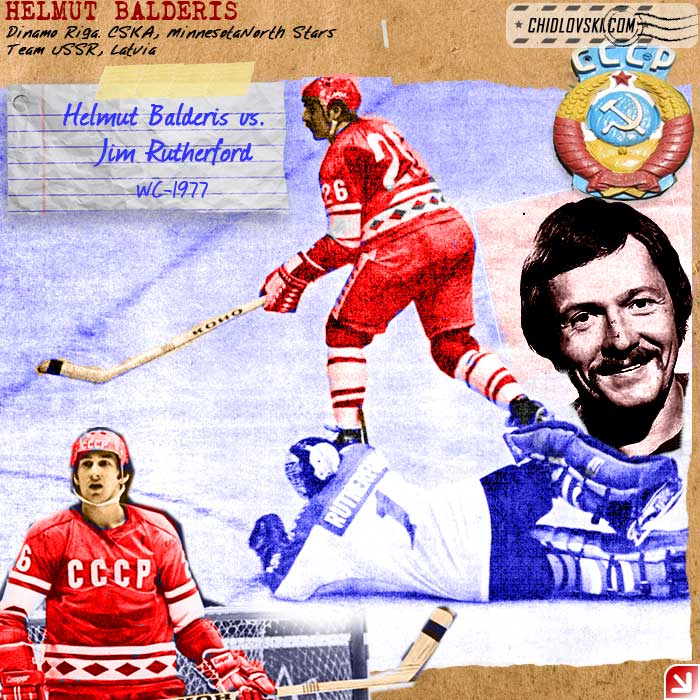 As a General Manager in Pittsburgh, Rutherford brought the Penguins to the the Stanley Cup championship this year. Before that he served as a GM of the Hartford Whalers and Carolina Hurricanes and they won the Cup in 2006.

Prior to his career in team management, Jim Rutherford  was a solid 12-season career as an NHL goaltender in Pittsburgh, Detroit, Toronto and Los Angeles from 1970-71 to 1982-83. He also played for Team Canada at the World Championships in 1977 and 1979.

The memorabilia for this article shows duel between Jim Rutherford (Canada) and Helmut Balderis (USSR) in Vienna, Austria at the WC-77. Balderis is a 24-year old prospect from Riga for Team CCCP. Rutherford was selected to play for Team Canada at a historical moment – they returned to the IIHF Worlds after an eight-year absence with a team comprised completely of NHL players from teams that had missed the playoffs.

Just a blast from the past!

We can’t celebrate the present without celebrating the past.

That’s why our super congrats to Mr. Jim Rutherford with the Best GM in the NHL Award and Balderisomania continues at Chidlovski.Com!