What Happens In Russia Stays In Russia: L.I. Brezhnev 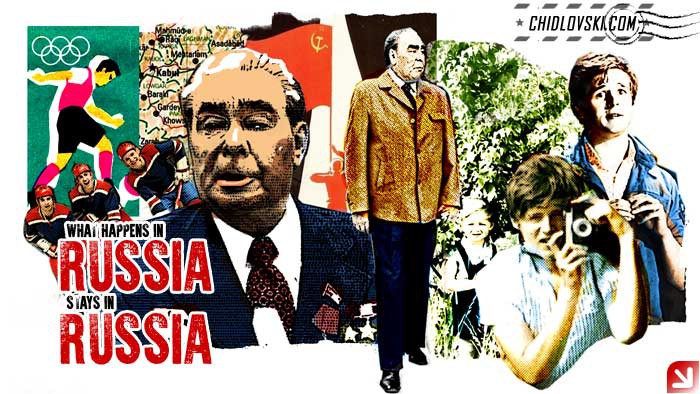 The idea behind this series is rather graphical. It’s nostalgic and very personal. It’s a POV type of message.

If a  picture is worth 100 words, then it is my POV on the segment on a timeline compiled in pictures and images.

L. I. Brezhnev… The climax of the existence of the Soviet Union. Time of epic successes and unprecedented procrastination.

Historians named it a time of Soviet stagnation.

Huge successes in sports and at the Olympics and huge upset in Lake Placid. Czechoslovakia and Afganistan…

One of the longest stay in power.

Ironically, in Brezhnev’s nearly two decades in Kremlin, I managed to grow up and to leap from kinder garden to elementary school, to middle school and to high school and then began studies in the university.

I tend to disagree that it was a super dictatorial and bloody time in Russian history. At least, I did things that obviously would have made my life shorter had I lived a decade earlier. In high school, I did a re-recording of the songs by Simon and Garfunkel where we imitated voices of Brezhnev and his team singing Mrs. Robinson hit in Russian.

The recording became popular and I almost got expelled from school. By previous rulers’ standards, it would have caused much more consequences than just being thrown out from school for a minor misbehavior.