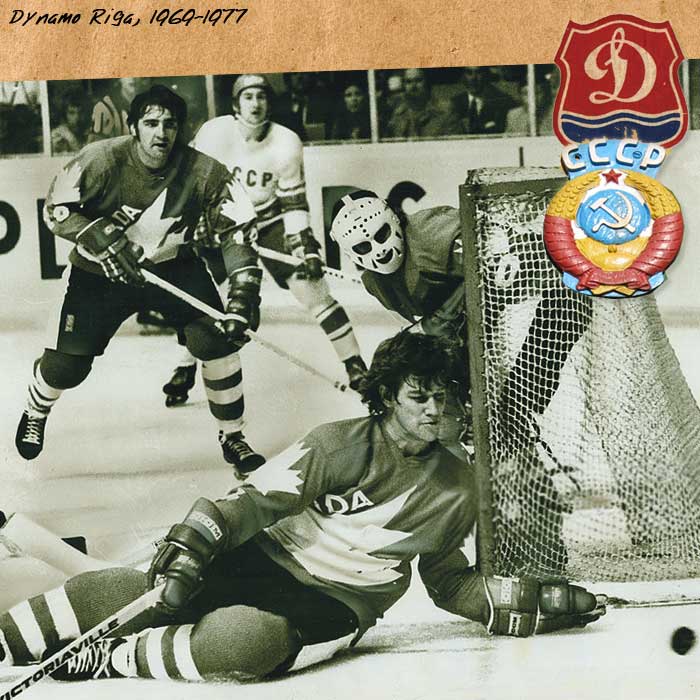 Helmut Balderis in the background of the photo featuring legendary Bobby Orr, Serge Savard and Rogatien Vachon in the game between Team Canada and USSR  at the 1976 Canada Cup. The game was played in Toronto and Canada won 3-1.

For Balderis at 24, it was the first full year with the national team.

For Bobby Orr, it was the first elite hockey tournament he played for Team Canada. He certainly was already one of the best players ever to play hockey. However, it just didn’t happen to see Orr playing on the international arena.

Bobby was part of Team Canada 1972 in the Summit Series and even traveled with the team to Moscow. The injuries didn’t allow him to get in action against the Soviets.

Just a blast from the past for those who like history of hockey.