Vladimir Vilkhovsky at the 1953 National Teams Championships in Sverdlovsk 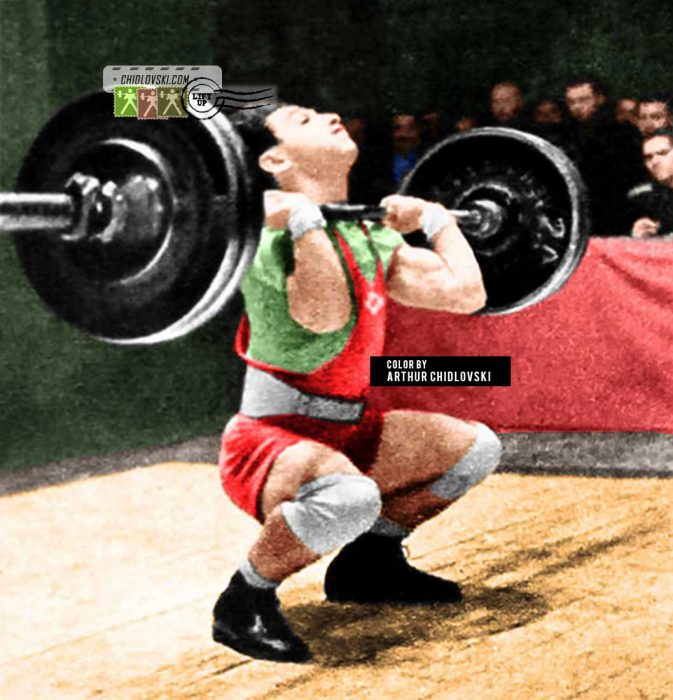 Vladimir Vilkhovsky (born in 1927) was the first man in the world who snatched 100kg in the bantamweight class. He was one of the top Soviet contenders in the 56kg class but stayed second to Vladimir Stogov who took the position of the lead Soviet bantamweight of the era.

I happened to meet Vladimir Vilkhovsky on several occasions when he was the head coach of the collegiate and university team Moscow and trained the team of the Moscow Energy Institute in the late 1970s – early 1980s. The most amazing impressions I remember of Vilkhovsky was that he was a class act in the way he handled himself and that he always had a smile on his face which wasn’t a very common view to see in the Soviet Union at the time.