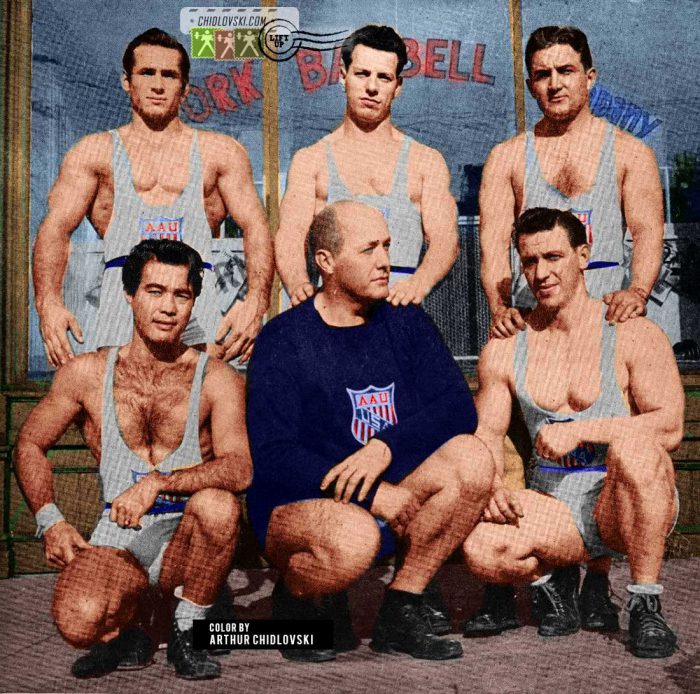 October 1946, York, PA, USA – of the most memorable U.S. weightlifting teams that was sent to Europe and won the 1946 World Championship in Paris, France: