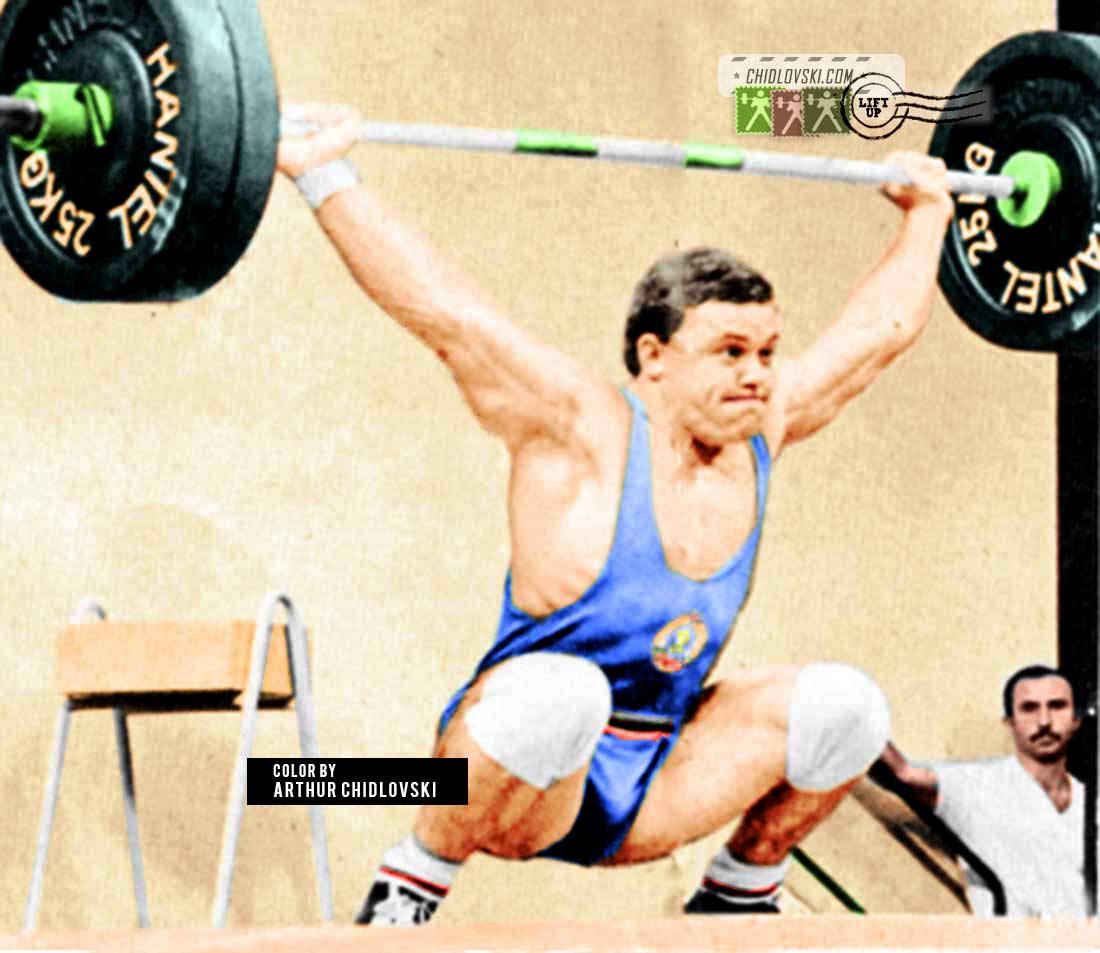 History in Color:
August 30, 1972, Munich, Germany – Lightweight Mladen Kuchev of Team Bulgaria competes in the snatch lifting in the 67.5kg weight class at the 1972 Summer Olympics in Munich.

At the end of the day, Kuchev won a silver Olympic medal for Bulgaria with a world record in press (157.5kg). After the elimination Olympic press was eliminated from weightlifting competitions after the Olympics in Munich and Kuchev’s record became an “eternal” world record in the 67.5kg class.

Mladen Kuchev (b. 1947) was the member of the first national team assembled by Ivan Abadzhiev when he was appointed to run national weightlifting Team Bulgaria. He was a 2x Olympian. Besides a silver medal in the 67.5kg class in Munich (1972), he took the 9th place in the 60kg class in Mexico City (1968).